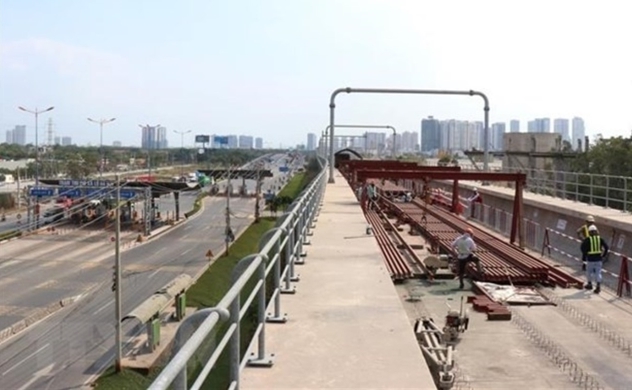 According to the city’s Management Authority for Urban Railways (MAUR), the assistance will go to the building of a strategy for transit-oriented development (TOD), a type of urban development that maximises the amount of residential, business, and leisure space within walking distance of public transport.

KOICA will also help with raising human capacity via workshops and training in the Republic of Korea.

MAUR plans to meet KOICA to discuss procedures to receive non-refundable official development assistance and to clarify the technical support to come for TOD research.

The 23.39-km metro line will run along Hoang Van Thu, Phan Dang Luu, Bach Dang, and Dien Bien Phu streets and be connected to future metro lines such as Metro Line No 1 at Sai Gon Bridge and Metro Line No 4 at the Phu Nhuan intersection in the district of the same name.

The first phase of Metro Line No 5, linking the Bay Hien intersection and Sai Gon Bridge, will be about 8.89 km in length and cost over 1.5 billion EUR, sponsored by the Spanish Government, the Asian Development Bank, the German development bank Kreditanstalt für Wiederaufbau, and the European Investment Bank.

The second phase, which connects the Bay Hien intersection with the new Can Giuoc Bus Station and the Da Phuoc Depot, will be some 1.43 km in length and cost an estimated 2.18 billion EUR or more.