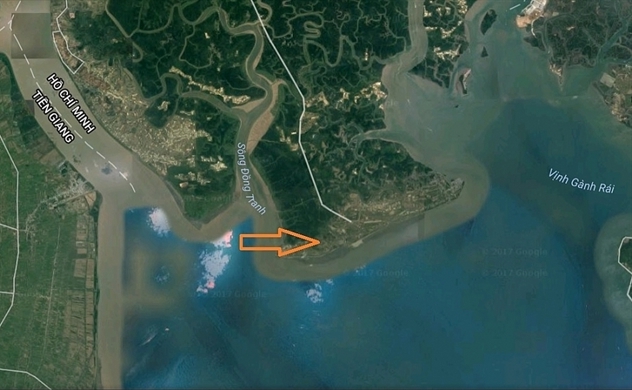 The project was kicked off in 2007 with the name of Saigon Sunbay. Photo: kinhtemoitruong.vn

The project which was kicked off 13 years ago and stayed idle will be expanded to 2,870 hectares from originally 600 hectares, according to government decision signed by Deputy Prime Minister Trinh Dinh Dung.

This could be the biggest commercial project of Vietnam in this year, when the government is striving to maintain investment to help the economy to recover from the COVID-19 pandemic.

The project, 50 kilometers from Southeastern of Ho Chi Minh City’s downtown, is slated for completion in 2031. With the total investment of $9.3 billion, the project will focus on coastal urban area, tourism resort, smart cities, with high-tech services.. .

The project has been waiting for government approval for years since local media and environmental activists warned of risks to Can Gio Biosphere Reserve described as a "green lung" protecting the city against air and water pollution.

At  the recent instruction, the government asked the investor to implement the project while ensuring environment protection and strictly following the legal framework of UNESCO on the reserve of Can Gio Mangrove Biosphere.

The Vingroup's project was initially announced in 2000, at a scale of 600 hectares, managed by Saigon Tourist unit Can Gio Tourist City. After acquiring a 97% stake in the unit during 2016, Vingroup proposed scaling up the project to 2,870 hectares and assigned its Vinhomes unit to participate in the development.

► KKR-led consortium enters into a $650mln investment in Vinhomes