Vietnam to see boom in supply of industrial property next year: Savills 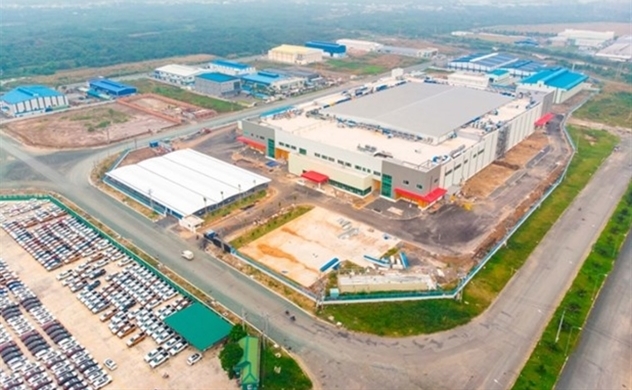 The Vietnam industrial white paper reported that sudden growth in lease enquiries for land, factory and warehousing has resulted in price escalations in IPs near major cities (Photo: thuongtruong.com.

Vietnam will see strong growth in industrial property next year due to higher demand for industrial parks as business expand production or relocate out of China, according to Savills Vietnam.

“In the coming years, particularly 2021 and 2022, I think we are going to see a big emphasis on supply,” said John Campbell, Industrial Services, Savills Vietnam.

“This is going to be increasingly pursued by multinational manufacturers as corporations seek to mitigate risk and diversify locations. Vietnam is on the top of many others outside of China and I think this is going to be a big focus for the future.”

The largest private conglomerate in Vietnam, Vingroup, plans to invest over 400 million USD in subsidiary Vinhomes IZ. Its first two projects will be in Hai Phong, the Nam Trang Cat Industrial Park (IP) is expected to open in the second quarter of 2021 and the Thuy Nguyen IP in the fourth quarter of 2021.

Also in the fourth quarter of 2021, a 238ha IP of the Kinh Bac City Holdings Company will bring much needed supply to Bac Ninh province. Over the same quarter, TNI Holdings Vietnam will open the 177ha Song Lo 1 IP in Vinh Phuc province.

The white paper reported that ready-builds remain under high demand with suppliers reluctant to make long-term land lease commitments or rely on short term contracts. This has resulted in rental developers racing to secure land for expansion.

Global logistics and warehouse developers have entered despite the ongoing COVID-19 pandemic. Logos Property from Australia has entered with a 350 million USD logistics development joint venture.

At present, Matthew Powell, Director of Savills Hanoi, said there had been majority of industrial real estate provided by Vietnamese developers and Vietnamese investors.

“Over last 20 years, there has been really good quality of industrial real estate. This is supplemented by foreign specialists and developers in the last 10 years and so much more interest in the last 2- 3 years, and many partnerships as well.”

“Now we see the improvement of quality of offers, quality of real estate and a change towards more sophistication in the industry, not just the low value like garments or footwear, and up to the high-tech sector which requires more specialised real estate."

"In the future, we will see the development of data centres with large requirements and power supply and connectivity as well. It has been an evolution.”

The Vietnam Government has provided a lot of incentives in different economic zones across the country. The policies are attractive, the country is attractive to investors geographically, with the labour population, land costs, labour costs, and operation costs, according to Powell.

“What the Government can do is to plan for the future to keep rapidly moving ahead in the infrastructure changes to make sure that Vietnam exceeds the average in Asia, not just catching up to Indonesia, Thailand and other Southeast Asia countries,” said Powell.

"It is not just about behind the average, it should be above the average and that will receive more investors coming to Vietnam and of course, things can always be improved in market entry, policies, competitiveness and the education sector to provide more people to work in this sector. Vietnam has a demographic that support the population and that is what companies are looking for.”

John Campbell, Industrial Services, Savills Vietnam, said with regards to the EVFTA, there was certainly a lot of visible advantages already happening.

"We see a lot of industrial parks ready for foreign investments. For Vietnam, to make sure it is ready in the future, the biggest key thing is the supply of skilled labour," said Campbell.

With the EVFTA, the types of countries and industries looking at Vietnam are different now. A lot of industries are higher value which are high tech or supporting high-tech and new renewable energy, according to Campbell.

Vietnam needs to make sure that it has a proper supply of skilled labour not just in Hanoi, HCM City or Dong Nai but also in some provinces in order to attract more projects.

Regionally, Vietnam has a lot of competitive advantages over its Asian counterparts. Traditionally, there have always been competitive labour costs but in recent years, Vietnam has more advantages such as proactivity and multiple free trade agreements like the EVFTA and CPTPP. Moreover, Vietnam has political stability, improved business climate and a very young dynamic working population.

He also said that: "Certainly, in some locations or some provinces, the rising land lease prices can affect the occupancy. However, it depends on the investors, what we know is that there are a lot of high value investors in fields like electronics and high-tech and they are concerned about the land lease price for low value added industries like furniture. Vietnam is trying to attract more high value added sectors at the moment."

"One other factor to consider is we see more industrial parks and land supply coming to the market, like the future 561 industrial zones. Till then, it is interesting to see how that supply helps the law and land lease prices. But for now, in the key provinces, there is an occupancy rate which means that the remaining land is going to be priced quite highly."

According to the Vietnam industrial white paper, sudden growth in lease enquiries for land, factory and warehousing has resulted in price escalations in IPs near major cities.

In the north, prices were between 76 USD and 129 USD per sq.m in Hanoi, Bac Ninh, Hung Yen, Hai Duong and Hai Phong.