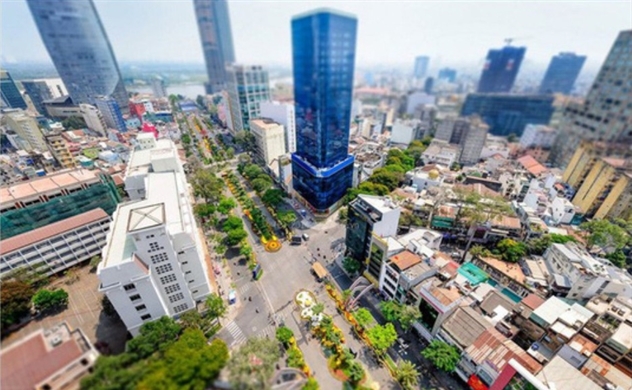 Prices of office rent in Ho Chi Minh City and Hanoi increased following by high demand for office despite the impacts from Covid-19 pandemic, Colliers International Vietnam said in a report.

During the past nine months of living with the Covid-19 pandemic, Vietnam has proved itself as one of the most effective countries that control the virus well, and the economy remains quite stable until the third quarter.

Business runs smoothly and the office rents in Ho Chi Minh City in the quarter hiked 11.5 percent from the second quarter to $10-48 per square meter per month, according to the report.

Compared to the same period in 2019, price of Grade B office increased sharply by 26.1%, proving that the demand for office space has not cooled down despite the second outbreak.

As the second quarter did not record a new supply, the occupancy rates of Grade A and B office space in Q3 increased to near the peak. Occupancy in this office segment is now at 95 percent in the country’s largest city.

Despite being affected by the second wave of Covid-19 pandemic, the average asking rent in Hanoi did not decrease. It recorded an increase compared to the previous quarter.

Danang city, which was hit badly by the second wave of the Covid-19 outbreak, witnessed a slight decrease in office supply, demand and transaction.

However, the government has done well in fighting with the pandemic so that the market is having positive developments such as an increase in both new supply and occupancy rate.

In particularly, more than 20,500 sq.m is grade B office space and the rest is grade C, grade A did not record any new supply. Most of buildings provide new office space this year are located at Hai Chau, Thanh Khe and Cam Le, which have the most growth potential in Danang.