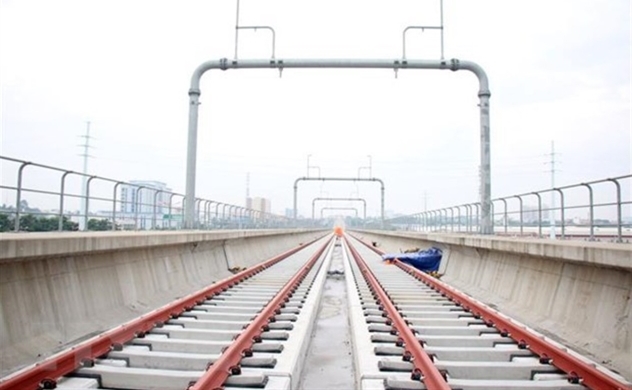 The track of Metro Line No. 1, from Ben Thanh Market to Suoi Tien Theme Park, in HCM City (Photo: VNA)

The Export-Import Bank of the Republic of Korea is seeking Ho Chi Minh City government’s approval to conduct an investment study for Phase 2 of Metro Line No. 5.

In its letter sent to the Chairman of the municipal People’s Committee and the city’s Management Authority for Urban Railways, KEXIM said it will soon provide funding for the update of the project’s pre-feasibility study, which covers technical, financial, and legal aspects, Vietnam News Agency cited information from MAUR.

The bank noted that members of the research group and participating investors have experience in building and operating urban railway routes, including Metro Line No. 9 of the RoK’s Seoul capital, in the PPP format.

The MAUR said it had a working session on January 19 with some investors and consultancies from the RoK to discuss the study and related orientations for the project.

The Korean side, including KEXIM and some businesses and consultancies, presented the plan to update the pre-feasibility study, whose final version is expected to be submitted by the end of 2021.

The pre-feasibility study for Phase 2 of Metro Line No. 5 was previously financed by the Korea International Cooperation Agency. However, due to certain objective reasons, the project was unable to be funded through official ODA loans, but the PPP format.

The first one, from the Bay Hien intersection to Sai Gon Bridge, is about 8.8km long and invested with around 1.66 billion USD. It is funded with ODA capital from the Spanish Government, the Asian Development Bank, the European Investment Bank (EIB), and the German development bank KfW.