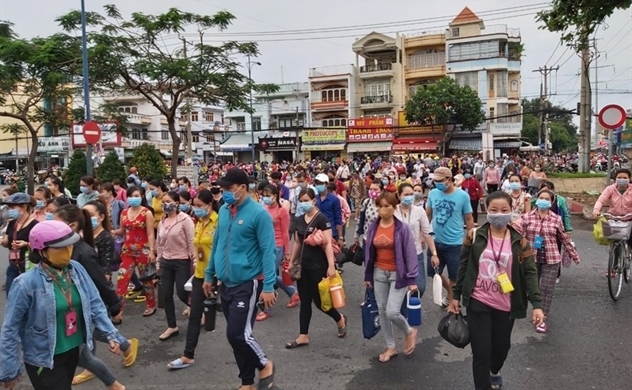 Taiwanese shoemaker Pouyuen, the largest employers in Ho Chi Minh City has announced it was laying off 6,000 workers temporarily since the Covid-19 pandemic caused order shortage.

The workers will have to stay at home for one month, from July 1 to July 31, VietnamFinance cited an announcement from PouYuen Vietnam.

The company said it has been in difficult situation since April 2020. With fewer orders, the company had to arrange workers to take turns and wait for their work shift.

During the time staying at home, the workers receive minimum wage of VND4.42 million per month. The number of orders has dropped sharply, PouYuen representative said.

Established in 1996, PouYuen Vietnam Company has more than 60,000 workers. Since the Covid-19 pandemic was reported in the country, several footwear enterprises tried to retain workers and production activities, but their buyers have not resumed operation.