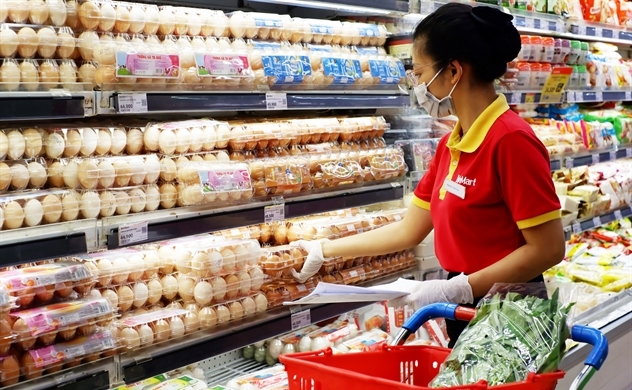 Vietnam’s private conglomerate Masan Group has got approval from the State Securities Commission to raise foreign ownership limit to 100%, according to a statement posted on its website.

SK Group is one of Korea's leading corporations operating in the fields of energy, chemicals, telecommunications, high-tech components, logistics and services.

In early April, SK Group signed a contract to buy 16.26% of VCM Services and Trading Development JSC (VCM) from Masan Group with a total cash value of $410 million. VCM currently owns 100% of VinCommerce - the company that owns the VinMart chain, VinMart + and VinEco - a company in the field of fruit and vegetable production.

Masan’s first quarter net revenue was reported at $862 million, an increase of 13.3 percent, primarily due to double-digit organic growth in its branded consumer and meat businesses and 178.2 percent growth by Masan High-Tech Materials.

Its consolidated earnings before interest, taxes, depreciation, and amortization in the reported quarter increased 62.2 percent year-on-year.

In the first quarter EBITDA margins improved to 1.8 percent at VinCommerce (VCM) and remained stable at Masan Consumer Holdings (MCH) and Masan MEATLife (MML). But MHT saw lower margins as a result of the consolidation of HCS and the lag effect of the recent price recovery, which is expected to be realized in the following quarters.