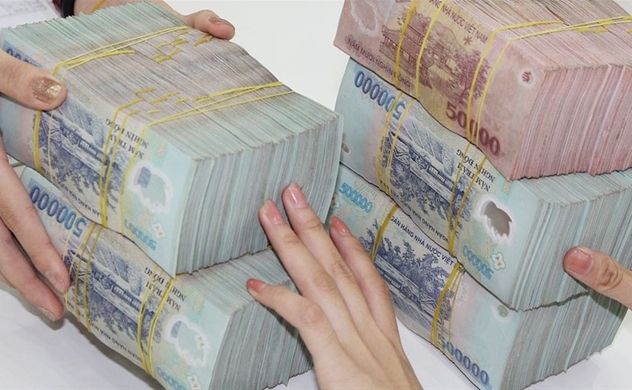 An estimated VND577 trillion ($24.8 billion) was collected for the State budget in the first five months of this year. Photo: baodauthau.vn

COVID-19 pandemic has been taking tolls on Vietnam’s State budget collection since the Ministry of Finance estimated a five-month deficit of $1.1 billion from about $3.4 billion surplus a year earlier.

An estimated VND577 trillion ($24.8 billion) was collected for the State budget in the first five months of this year, equal to 38.2 percent of the estimate and down 9.2 percent compared to the same period last year.

The COVID-19 pandemic, which has been put under control in the country, is still raging in several Vietnam’s major trade partners including the US, EU, affecting greatly to budget revenues and spending, State Budget Department under the ministry commented.

The five-month Index of Industrial Production was estimated to increase by 1% year-on-year, much lower than the increase of 9.5% of the same period in 2019.

The export-import turnover in the period drop over the same period the previous year was 1.7% year-on-year.

The government’s policy to delay payment of tax and land use fees to support virus-hit firms was among causes of the declined budget collection. As of end-May, the amount of delayed tax amounted to VND37 trillion ($1.6 billion).