Vietnamese plywood may be cleared of US duty circumvention accusations 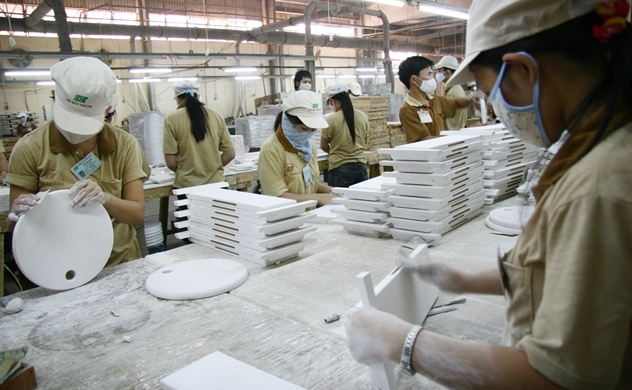 Workers at a local wood-processing plant inspect plywood products. Shipments of Vietnamese hardwood plywood to the United States were worth around US$300 million in 2019. Photo: Tran Vu Nghi / Tuoi Tr

Wood material producers in Vietnam are able to turn out 8.4 million cubic meters of plywood per year, which is four times higher than the country’s current plywood exports, a fact that may help Hanoi dismiss Washington's accusations of circumventing U.S. duties on plywood imports.

The Trade Remedies Authority of Vietnam (TRAV) said the Ministry of Industry and Trade had worked with the Ministry of Agriculture and Rural Development, wood exporters, and trade associations to draw up a plan in response to a possible U.S. probe even before the U.S. Department of Commerce (DOC) initiated the circumvention inquiry on hardwood plywood.

On June 10, the DOC said it would examine whether hardwood plywood imports completed in Vietnam using Chinese components are circumventing U.S. antidumping and countervailing duties on imports from China, a move that could see similar duties on Vietnamese imports.

The U.S. regulator added it was initiating the inquiry in response to requests from the Coalition for Fair Trade in Hardwood Plywood, which represents plywood makers in North Carolina and Oregon.

The authority cited the views of the U.S. regulator that Vietnamese products that are made from raw materials available in Vietnam, or imported from countries other than China, will be subject to a declaration system which exempts Vietnamese producers from measures to counter tax evasion.

U.S. authorities are expected to send a questionnaire to relevant wood exporters in Vietnam, asking them for additional information, according to the TRAV.

The DOC will take five factors into account to determine whether the manufacturing, assembly or completion of finished products in a country has evaded trade duties.

The final factor involves the added value of finished products created in exporting countries before being shipped to the United States.

If the DOC determines that Vietnamese plywood is circumventing existing duties on Chinese products, the United States will impose duties on future imports and on any unliquidated entries since the launch of the investigation.

The DOC imposed an anti-dumping duty of 183.6 percent and anti-subsidy duties ranging up to 194.9 percent on Chinese imports of hardwood plywood after finding they were being subsidized and dumped in U.S. markets.

Last year, U.S. imports of Vietnamese hardwood plywood were worth around $300 million.