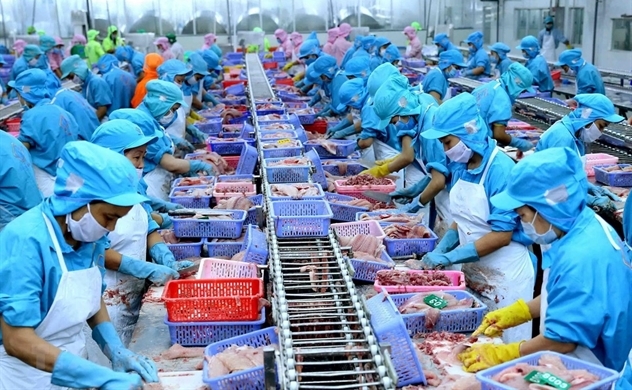 Despite the Covid-19 pandemic, Vietnam expects $300 billion in export turnover this year, according to the Ministry of Industry and Trade.

In the first nine months of 2020, Vietnam earned $202 billion from exports, a year-on-year increase of 4 percent.

The domestic sector has become the driver of the growth as it enjoyed a year-on-year increase rate of 19.5 percent, with $71.4 billion.

Export is expected to boom in the final quarter since Vietnam brings into full play incentives of signed free trade agreements, especially the EU-Vietnam Free Trade Agreement (EVFTA) which became effective on August 1.

In August, Vietnam’s export turnover to the EU reached $3.25 billion, up 4.65 percent compared to that of July. The turnover in September also posted a 14.4 percent increase year-on-year.

Deputy head of the agency Tran Thanh Hai said that during January-September, the US was Vietnam’s largest importer with a value of $54.7 billion, a year-on-year rise of 22.6 percent.

To achieve $300 billion in export turnover, the Ministry of Industry and Trade worked on a trade promotion plan for 2020-2025, which focuses on potential and advantageous products.

The ministry will assist local businesses in intensifying exports, especially to the Republic of Korea, Japan and China, and continue organising virtual business exchanges and trade promotion activities.

► Vietnam economy rebounds, passing the bottom of the V shape