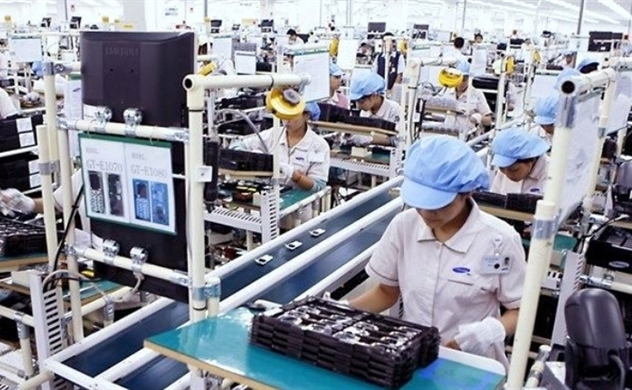 A month since the EVFTA took effect, phones and accessories are the largest group in Vietnam's exports to the EU. (Photo: Vietnamplus)

Vietnam enjoyed exports worth $3.78 billion to the European Union in only one month since the EU - Vietnam Free Trade Agreement took effect at the beginning of August.

The latest statistics from the General Department of Vietnam Customs showed that by the end of August, total export turnover from Vietnam to the EU had reached $25.92 billion. In August alone, the figure reached $3.78 billion.

Compared with the average of the first seven months this year, export value to the EU in August was about $600 million higher, thanks to the positive effects of the EVFTA.

According to the Ministry of Industry and Trade, the effective EVFTA has created a great opportunity for Vietnam's exports, helping to diversify markets and products for Vietnam export activities, with some of Vietnamese key products enjoying high tax cuts, such as agricultural products, fisheries, furniture, textiles, footwear and electronics.

The EU has been the third largest market for Vietnamese exports over the past eight months.

After more than a month since the agreement came into force, a range of Vietnam’s export products have seen positive changes in the EU market, including some that have been exported recently such as brackish shrimp from Ninh Thuan, coffee and passion fruit from Gia Lai and rice from Can Tho.

In addition, cell phones and components are the largest group in Vietnam's exports to the EU and the bloc is also the largest export market for this key sector from Vietnam.

In August, export turnover of phones and components to Europe reached more than $1 billion, thereby increasing total turnover in the first eight months to $6.96 billion.

Although it decreased by 17.2% over the same period in 2019, it still accounted for 22% of Vietnam’s total export turnover of phones and components.

In addition, the EU is also the leading export market for Vietnam's important commodity groups, such as computers, electronic products and components; textiles; agricultural products; and footwear, with turnover worth billions of USD in each group.

In the opposite direction, by the end of August, Vietnam’s total import turnover from the EU had reached $9.82 billion. In August alone, the figure reached nearly $1.4 billion, $200 million higher than the average for the first seven months of the year.