Is Vietnam the Next ‘Asian Miracle’? 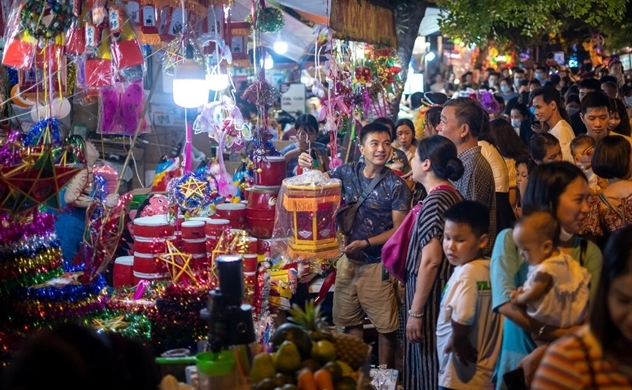 Within days of China’s announcing the first case of Covid-19, Vietnam was mobilizing to stop the spread of the coronavirus.

Rapid isolation of outbreaks has kept Vietnam’s death rate among the four lowest in the world — well under one death per million people.

Containing the pandemic allowed Vietnam to quickly reopen businesses, and it is now expected to be the world’s fastest growing economy this year.

While many nations are suffering enormous economic contractions and running to the International Monetary Fund for financial rescues, Vietnam is growing at a 3 percent annual pace. Even more impressive, its growth is driven by a record trade surplus, despite the collapse in global trade.

This breakout moment for Vietnam has been a long time in the making. After World War II the “Asian miracles” — first Japan, then Taiwan and South Korea, most recently China — grew their way out of poverty by opening to trade and investment and becoming manufacturing export powerhouses.

Now, Vietnam is following the same path, but in an entirely new age. The conditions that made the original miracles possible are gone.

The postwar baby boom is over. The era of rapid globalization, with growing trade and investment flows, is over. Economic growth is slowing worldwide. In this environment, the superpowers no longer ignore the tactics that the earlier miracles used to get an edge.

Last week the United States formally accused Vietnam of currency manipulation and initiated the same type of investigation that triggered the tariff war with China.

An even bigger threat to Vietnam’s continuing growth is that the country has been ruled for nearly half a century by the same authoritarian party.

These hurdles make what Vietnam’s unusually competent autocracy has achieved so far all the more impressive — but also much more difficult to sustain.

During their boom years the original Asian miracles produced annual export growth close to 20 percent — nearly double the average for low- or middle-income nations at the time.

Vietnam has sustained a similar pace for three decades. Even as global trade slumped in the 2010s, Vietnam’s exports grew 16 percent a year, by far the fastest rate in the world, and three times the emerging-world average.

While other emerging countries spend heavily on social welfare in an effort to appease voters, Vietnam devotes its resources to its exports, building roads and ports to get goods overseas and building schools to educate workers.

The government invests about 8 percent of G.D.P. each year on new building projects, and now gets higher grades for the quality of its infrastructure than any nation at a similar stage of development.

It also steers foreigners’ money in the same direction. Over the last five years, foreign direct investment has averaged more than 6 percent of G.D.P. in Vietnam, the highest rate of any emerging country.

Most of it goes to building manufacturing plants and related infrastructure, and most of it now comes from fellow Asian countries, including South Korea, Japan and China. The old miracles are helping to build the new one.

Vietnam has become a favorite destination for export manufacturers, leaving China in search of cheaper wages. Average annual per capita income in Vietnam has quintupled since the late 1980s to nearly $3,000 per person, but the cost of labor is still one half that of China, and the work force is unusually well educated for its income class.

That skilled labor is helping Vietnam move “up the ladder,” perhaps faster than any rival, to manufacture increasingly sophisticated goods. Tech surpassed clothing and textiles as Vietnam’s leading export in 2015, and accounts for most of its record trade surplus this year.