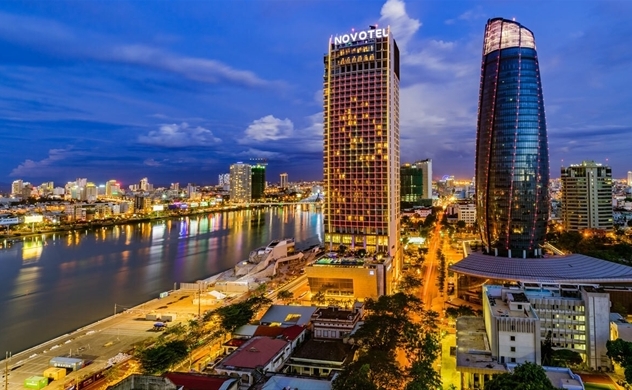 Da Nang’s economy shrank by 3.61 percent in the first half, its first contraction in the 23 years since it became a central-level city.

Releasing the data on Tuesday, the Da Nang Statistics Office said the Covid-19 pandemic was the main reason for the negative growth.

Da Nang is one of five central cities in Vietnam, the other four being Hanoi, Ho Chi Minh City, Hai Phong, and Can Tho, none of which reported negative growth. Da Nang had reported GDP growth of 5.87 percent in the same period last year.

The services sector, by far the largest component of its economy, shrank by 4.62 percent, as accommodation and food businesses saw revenues plummet amid the social distancing and other measures imposed to curb the spread of the pandemic. Tourist arrivals were down 49 percent to 1.6 million.

Its manufacturing and construction sector contracted by 1.8 percent due to supply chain disruptions. Agriculture, forestry and seafood was the only sector to achieve positive growth, 2.28 percent, driven by a surge in rice output.

A survey of nearly 7,200 businesses in the city found that 90 percent had been affected by the pandemic, having to suspend operations, struggling to pay staff salaries and facing difficulties in sourcing materials.

The number of businesses suspending operations rose 50 percent to 1,290.

Vietnam’s GDP growth of 1.81 percent in the first six months is the lowest in at least a decade.