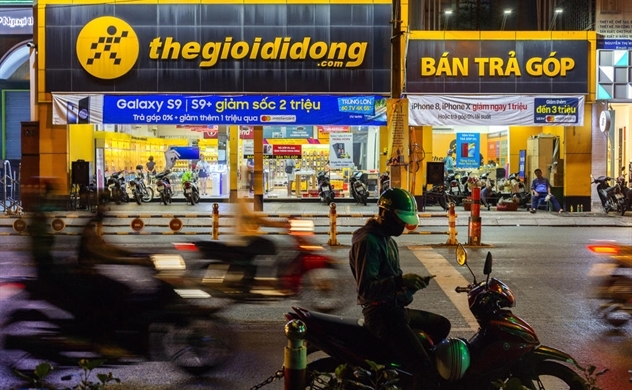 Mobile World Investment Corporation reported VND2,027 billion ($87.3 million) after-tax profit in the first half of 2020, down 4% from a year earlier, the company said in a statement.

Consolidated net revenue was recorded at VND55,639 billion ($2.4 billion), an increase of 8% on-year, with online revenue made up 9% of the group’s total sales in the reported period. With this result, MWG has completed 51% of revenue and 59% of profit target for 2020.

In addition to the end of air-conditioner peak season, the company’s revenue in June slid by 8% as demand for consumer electronic products has began to decline considerably. With tremendous effort, MWG maintained the net profit margin at 3.7%, equivalent to that in June 2019.

Ensuring the business effectiveness since customers are tightening spending due to the impact of COVID-19 pandemic, the company diversified product offerings with new brands and reasonable prices to meet consumers’ demand.

Therefore, the gross margin in the period reached over 21%, expanding from 17.8% in the same period last year. This improvement allowed MWG to compensate for increasing percentage of operating cost ratio driven by higher contribution of Bach Hoa Xanh’s business.

As of end-June, the group has 1,486 stores, including 121 newly-opened Bach Hoa Xanh stores in June. BHX is aiming to accelerate its store expansion. The average sales per store in June was diluted at VND1.1 billion ($47.4 million).

In the Jan.-June period, the company added 26 new Dien May Xanh stores, mainly from the conversion of Mobile World stores. By end of June, the it decided to close all Super Cheap Phone shops while developing the new model of Supermini DMX.