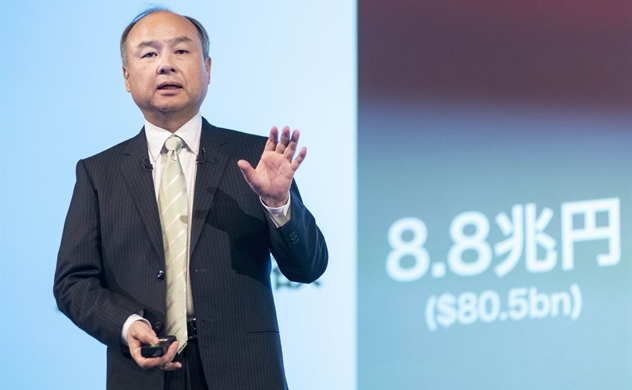 Masayoshi Son, chairman and chief executive officer of SoftBank Group, said he would resign from the board of Alibaba. PHOTO: ALESSANDRO DI CIOMMO/ZUMA PRESS

SoftBank Group Corp. Chief Executive Masayoshi Son said he would step down as a director of Chinese e-commerce giant Alibaba Group Holding Ltd., bringing to a close a decade and a half of board-level ties between the two Asian technology powerhouses.

Mr. Son’s announcement, which he made at the end of SoftBank’s annual shareholder meeting on Thursday, follows the resignation—disclosed last month—of Alibaba co-founder Jack Ma from SoftBank’s board.

Both resignations are effective Thursday. Mr. Son said the parting of ways was smooth and he hadn’t lost confidence in Alibaba, in which SoftBank is the biggest shareholder with a roughly 25% stake.

“I hope we continue to hold as many Alibaba shares as we can, for as long as we can,” Mr. Son told shareholders at a meeting held online in order to prevent spreading the coronavirus.

The resignations loosen ties at the top, even as Alibaba’s success increasingly determines the fate of SoftBank. The Japanese company’s earnings have been battered recently by huge losses at its $100 billion Vision Fund.

The two entrepreneurs—Mr. Son from Japan and Mr. Ma from China—have for years cemented their relationship by each serving as a director at the other’s company.

Mr. Son has been on Alibaba’s board since 2005, five years after he decided to invest $20 million in the Chinese e-commerce company following a five-minute chat with Mr. Ma. In 2007, Mr. Ma joined SoftBank’s board.

The Alibaba investment has become the most successful for SoftBank and Mr. Son. The stake is currently worth about $152 billion and supports the Japanese company’s credit rating, share price and funding activities.

Alibaba thanked Mr. Son for his “entrepreneurial inspiration,” and the company said it would continue to enjoy support from SoftBank.

At Thursday’s shareholder presentation, Mr. Son said the value of SoftBank’s assets, which were pummeled by the economic downturn caused by the coronavirus pandemic, is now back to its pre-outbreak level. That is largely thanks to a rise in Alibaba’s share price.

SoftBank has slowly been selling its Alibaba shares to raise money—most recently this year, when it entered into derivative transactions to sell $11.5 billion worth of Alibaba stock. SoftBank is using the money to buy back its own shares and strengthen its balance sheet.

SoftBank hasn’t disclosed what percentage of Alibaba it expects to own when those transactions close a few years from now. The company has the right to nominate a director to Alibaba’s board as long as its holding stays over 20%.

The Alibaba holding is particularly important for SoftBank because much of its other business isn’t doing so well. During the past few years, the company has transformed itself from a telecommunications conglomerate into a technology investor, with the Vision Fund as its most high-profile vehicle.

The fund made multibillion-dollar bets on startups like ride-hailing giants Uber Technologies Inc. in the U.S. and Didi Chuxing Technology Co. in China as well as office-share business WeWork. Write-downs at the fund pushed SoftBank to report a $9 billion loss for the fiscal year ended March 31.

At the shareholder meeting, Mr. Son said he was still confident in his investing acumen. He said Vision Fund holdings such as China’s ByteDance Inc., owner of the popular TikTok short-video app, and South Korean e-commerce company Coupang as well as food-delivery businesses DoorDash Inc. and Uber Eats were poised to thrive as more people rely on online services in the pandemic’s wake.

SoftBank initially retained a stake in T-Mobile after the Sprint sale but is planning to sell most of it, again using the money to buy back shares and improve its finances.