Jeff Bezos to Step Down as Amazon CEO; Andy Jassy to Take Over 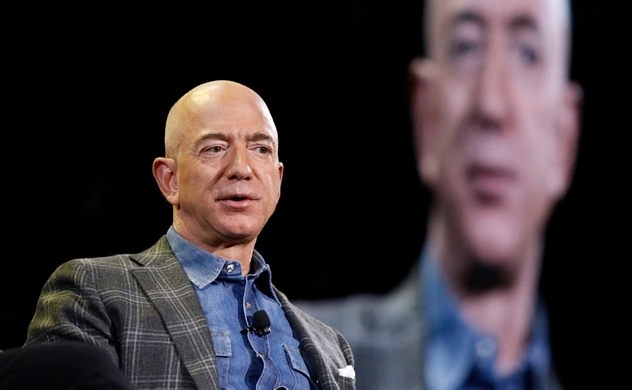 Jeff Bezos’s leadership of Amazon has made him one of the most respected, and feared, leaders in business, as well as fantastically wealthy. PHOTO: JOHN LOCHER/ASSOCIATED PRESS

The company announced changing roles as it reported that revenue in the fourth quarter soared 44% to $125.56 billion

Jeff Bezos is stepping down as chief executive of Amazon. AMZN 1.11% com Inc. to become executive chairman, marking the biggest change in leadership of the tech giant since he started it in a Washington state garage more than 26 years ago.

Amazon said on Tuesday that he will be succeeded as CEO in the third quarter by Andy Jassy, Mr. Bezos’s closest lieutenant and the longtime head of the company’s booming cloud-computing business.

Mr. Bezos, 57 years old, is handing over the day-to-day reins, as Amazon’s core businesses of online retail and business-computing services are booming during the Covid-19 pandemic, which has shifted work and life to the internet more than ever. The company announced his changing role as it reported that revenue in the fourth quarter soared 44% to $125.56 billion—surpassing $100 billion for the first time in a three-month span—and profit more than doubled.

But Amazon also faces the biggest regulatory challenges in its history, with multiple federal investigations into its competitive practices and lawmakers drafting legislation that could force Amazon to restructure its business. Tension with regulators and lawmakers has directly embroiled Mr. Bezos, who was called to testify in front of Congress last summer for the first time.

Mr. Bezos’s leadership of Amazon has made him one of the most respected, and feared, leaders in business, as well as fantastically wealthy. He is currently neck-and-neck with his rival rocket entrepreneur, Tesla Inc. CEO Elon Musk, as the world’s wealthiest person. Forbes lists Mr. Bezos’s wealth at more than $196 billion.

In an email to employees made public Tuesday, Mr. Bezos said he plans to focus his energy now on new products and early initiatives as well as his outside interests. “Being the CEO of Amazon is a deep responsibility, and it’s consuming,” Mr. Bezos wrote. “When you have a responsibility like that, it’s hard to put attention on anything else.”

Mr. Bezos’s move makes Amazon the latest of today’s tech giants to transition leadership away from the people who started them. The co-founders of Google stepped back from their management roles at its parent Alphabet Inc. in 2019, and both Apple Inc. and Microsoft Corp. have long been run by successors to their founders.

Mr. Bezos left a career on Wall Street to start Amazon.com in 1994 as a scrappy online bookseller during a time when most Americans didn’t own computers. Amazon became an against-all-odds success story that would go on to completely disrupt the bookselling industry along with nearly every other industry in its path, from logistics to advertising.

The company today is America’s largest online retailer, the leading provider of cloud-computing services, a significant player in Hollywood, a competitor in bricks-and-mortar groceries through its Whole Foods subsidiary, and a growing rival to United Parcel Service Inc. and FedEx Corp. in logistics. Amazon employs nearly 1.3 million people.

The executive imbued the Seattle-based company with a “Day 1” philosophy of always maintaining an underdog startup ethos. However, in recent years, Mr. Bezos has stepped back from day-to-day management of the tech giant—with a brief pause when he became more actively involved in the early days of the pandemic.

Many in his inner circle describe Mr. Bezos’s role over the past few years as akin to that of an executive chairman. The executive famously tries to not schedule meetings before 10 a.m. and to make all of his tough decisions before 5 p.m. Amazon employees say the billionaire is elusive, with many saying they have never spotted him on the company’s sprawling downtown Seattle campus.

In 2016, he appointed two of his top deputies to oversee management of daily operations. Jeff Wilke was named CEO of world-wide consumer at Amazon, overseeing everything from Amazon’s retail arm and warehouses to its advertising and devices business. Mr. Jassy was CEO of the cloud business, called Amazon Web Services.