Pilot Mobile Money service to be licenced next month 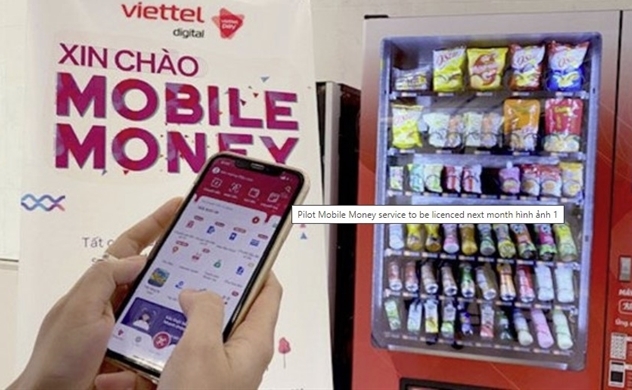 Local telecommunications network providers have been approved to pilot several Mobile Money services next month after more than two years of waiting.

These services will allow the use of mobile phone credit to pay for small-value goods and services.

Tran Duy Hai, deputy head of the MIC’s Telecoms Department told Dau tu (Vietnam Investment Review) that during those two years, they have been working closely with telecommunications businesses to prepare the pilot projects.

In April, the State Bank of Vietnam, the Ministry of Public Security (MPS) and the Ministry of Information and Communications (MIC) officially signed regulations on the coordination of state management of Mobile Money paving the way for pilot projects to be launched.

Shortly thereafter, MIC’s Telecoms Department advised firms to begin preparing plans for the development of infrastructure, human resources, and the policies necessary, to launch the service as soon as receiving their licences from the central bank.

Viettel, VNPT, and MobiFone are all eligible to submit plans for their own Mobile Money pilot projects.

Nguyen Son Hai, VNPT Media’s, Deputy General Director, said the application dossiers for licences would take quite a long time as they need to be completed with technical, managerial, security, and confidentiality plans. These would need to be in accordance with regulations in the banking and telecom sectors.

"It is expected that we will finish collecting feedback from the relevant ministries and agencies in the first half of this month, then submit them to the central bank for approval. We have prepared the technical infrastructure and are able to provide a Mobile Money service as soon as we receive our licence. We expect that licence to be awarded early next month," he added.

Pham Trung Kien, General Director of Viettel Digital, said Viettel had already submitted technical and business plans as well as an outline of management processes for the pilot.

He went on to say that Viettel was well prepared for the launch of its Mobile Money pilot in six out of its 10 core markets. Notably, Viettel carried out a smaller pilot programme internally earlier this year with more than 40,000 Viettel staff nationwide participating.

"Viettel has met all of the requirements for the pilot programme and is ready to proceed. Our plans are entirely feasible with resources already allocated for the launch of the service," said Truong Quang Viet, Deputy General Director of Viettel Digital.

Meanwhile, a representative from MobiFone said they were also ready to connect with businesses that are prepared to accept Mobile Money payments and are able to meet technical requirements.

The SBV will be responsible for reviewing the applications and consulting with relevant stakeholders to ensure the plans laid out are sound.

Nguyen Kim Anh, SBV’s Deputy Governor, said that Mobile Money is a new service in Vietnam and therefore there should be close cooperation between the SBV, MIC and MPS in the assessment, licencing, inspection, and supervision of the pilot projects.

Furthermore, the government requested the rapid deployment of the pilot Mobile Money services as part of Resolution 63/NQ-CP on Key Tasks and Solutions to Promote Economic Growth, the Disbursement of Public Investment and Sustainable Exports in the period from 2021 to early 2022.