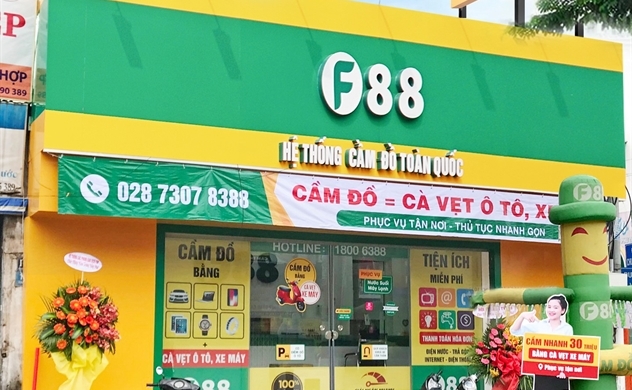 The funding helps increase the value of the financial services chain that operates 180 stores to VND2.1 trillion ($91 million).

The additional investment will be used for the expansion of its branch network and as well as increasing its outstanding loan balance.

The firm began with 11 branch locations in 2016. Now, F88 is quickly emerging as one of the fastest-growing financial service companies in Vietnam after receiving funding from two international investment funds Mekong Capital and Granite Oak.

It is expected that by 2020, F88 will have 300 transaction offices in 40 cities and provinces across the country and the disbursement rate will be double compared to 2019.

Recently, the chain has announced it has finished issuing the second phase of bonds worth nearly VND50 billion ($2.15 million). The bonds issued are non-convertible bonds with terms of 12 months and real interest rates of 12.5 percent. Bondholders receive bond coupons every three months.

The financial firm said its plan to raise VND200 billion in corporate bonds was divided into three issuances. It successfully issued VND43 billion of bonds in the first phase in March. The proceeds from the issuances would be used for promoting its stores nationwide.