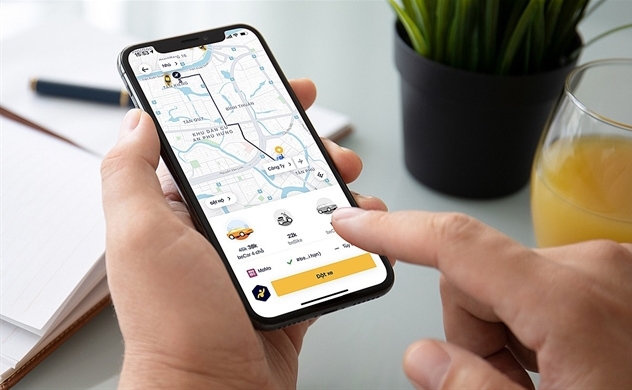 A person books a ride on a smartphone using e-wallet. Photo by VnExpress/Thy Nhat.

MoMo announced on Tuesday that it plans to tie up with ride-hailing company Be Group to offer its popular e-wallet services to the latter’s customers.

SmartPay earlier this month signed a deal with Viet Capital Bank to allow the lender’s customers to open saving accounts using its e-wallet.

The company, which entered the market in May last year, targets big in Vietnam’s increasingly crowded e-payment market. It seeks to increase the number of users from 1.7 million to 4 million in the near future.

Another player, AirPay, which has been partnering with online shopping platform Shopee for months, is offering gifts worth hundreds of thousands of dong (VND100,000 = $4.3) to attract customers.

Shopee said its cashless transactions, through credit cards and AirPay, have been rising rapidly in number since Vietnam reported the first Covid-19 case early in the first quarter.

"Banks have been increasing partnerships with fintech companies during the pandemic for payment and other types of financial services," Do Thanh Nam, director of Viet Capital Bank’s digibanking department, said.

His bank saw online savings increase six-fold year-on-year in the first half, he revealed.

An estimated 10.6 percent of the population aged above 15 use e-wallets, compared to 10.7 percent in Thailand, 17.1 percent in Singapore and 35.2 percent in China, according to global consulting firm Boston Consulting Group.

The government has been seeking to promote cashless payments for transactions like payment of electricity bills and tuition.