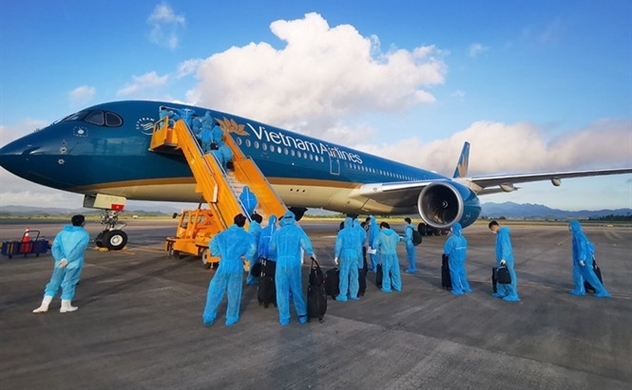 National flag carrier Vietnam Airlines has announced to open international air route to Japan, beginning September 18 after nearly 6 months of suspension, it said in a statement to media.

Vietnam Airlines will operate regular commercial routes between Hanoi and Tokyo, with a frequency of 1 flight a week.

It will also restore route between Ho Chi Minh City and Tokyo from September 30 using the Boeing B787 aircraft.

Vietnam Airlines has been the first airline in Vietnam to announce the resumption of regular international flights after nearly 6 months of temporary closure due to Covid-19 epidemic.

The airline carrier said it has a plan to restore routes linking Vietnam with South Korea, China, Taiwan (China), Laos, and Cambodia.

All of crew members and passengers will have to undergo health checked and quarantined after entering Vietnam. The aircraft will be also sterilized according to international standards.

PM Phuc said that Vietnam has basically controlled the pandemic.

From September 15, Vietnam Airlines will also increase the frequency of flights between Hanoi and Da Nang to 2 round-trip a day and 3 flights a day for Hanoi – Da Nang. The flight frequency will be doubled from September 16.

As of Friday morning, the country has passed nine day without community infections, according to Ministry of Health.