No evidence of bribery by Japanese firm: customs official 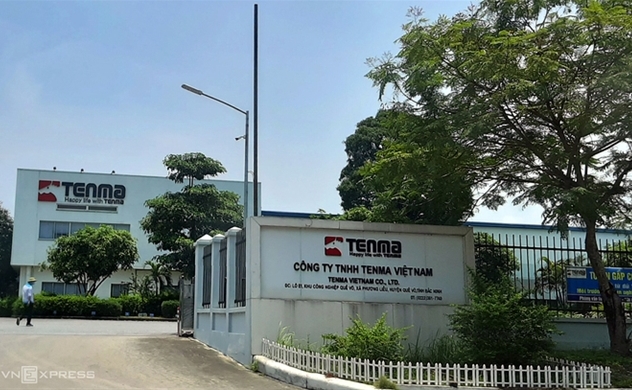 There is no evidence that Vietnamese customs officials have received bribes from Japanese company Tenma as alleged by Japanese news reports.

Authorities are still investigating the allegation that the company, based in the northern province of Bac Ninh, bribed Vietnamese officials JPY25 million ($215,000) to reduce its tax liability. Further information was needed from Japanese authorities, Thai said.

Eleven customs and tax officials related to the allegations have resumed work after a 15-day suspension.

Japanese newspaper Asahi reported May 12 that Tenma executives had confessed to prosecutors in Tokyo that the company’s Vietnamese subsidiary had imported in June 2017 a batch of molds for which Vietnamese officials had demanded value-added tax of JPY1.8 billion ($16.7 million).

To avoid the tax, the company paid a senior customs official VND2 billion ($86,000) in cash.

Bac Ninh customs and tax officials have denied the allegations, claiming that since Tenma Vietnam, processes materials for export, it was eligible for zero import and value-added tax duties, and therefore, the allegations are baseless.

Bac Ninh police also said last month they did not find evidence to support the allegations.

Tenma Vietnam continues to operate normally at the Que Vo Industrial Park in Bac Ninh. Established in 2007, it produces plastic parts for household goods and vehicles.

► Japanese Tenma under investigation in Vietnam for alleged $215,000 bribery