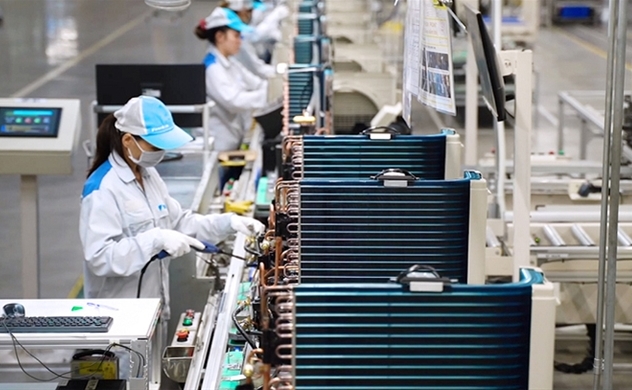 Workers assemble air conditioners in a factory of Japan's Daikin in Vietnam. Photo courtesy of Daikin.

Greater recognition of Vietnam’s potentials could see a surge in post-pandemic mergers and acquisitions (M&A) by Japanese firms.

The figure puts Vietnam second in Southeast Asia behind Singapore, he said, adding that in terms of growth rate in the number of Japanese deals in recent years, Vietnam could compete with the U.K.

While the 21 deals represent a 25 percent fall year-on-year due to Covid-19 impacts, the drop is still lower than the global reduction of 33 percent in M&A deals involving Japanese companies, he said.

"Japanese investors have shown great interest in Vietnam even during the pandemic. The slowdown in investment is only temporary and the M&A scene will be vibrant again once travel restrictions are lifted," Yoshida said.

In Southeast Asia, Thailand has around 5,500 Japanese companies, while Vietnam has 2,000, showing that it is somewhat late to invest in the former while there is still room for new players in the latter, he added.

Most sectors in Japan have seen development reaching its full potential, and this is why investors are looking for other growing markets, he said.

An abundant capital accumulation of over $2.34 trillion by Japanese companies in the last 20 years is encouraging investors to conduct M&A deals globally. The number of such deals hit a record high of over 4,000 last year, Yoshida said.

Last year, the number of deals involving Japanese companies in Vietnam was 33 with a total value of $389 million, with the latter figure up 2.8 times from 2017.

According to an official list released by the Japan External Trade Organization (Jetro) in July, 15 out of 30 Japanese firms the Japanese government has helped move out of China to Southeast Asia have opted for Vietnam.

Jetro said the subsidies would range from $900,000 to $46.5 million and partly cover the moving expenses.

A survey of 631 Japanese companies in June showed 80 percent expressed hope that the Vietnamese government would soon resume flights between the two countries, and 90 percent wanted the government to lift travel restrictions as soon as possible.