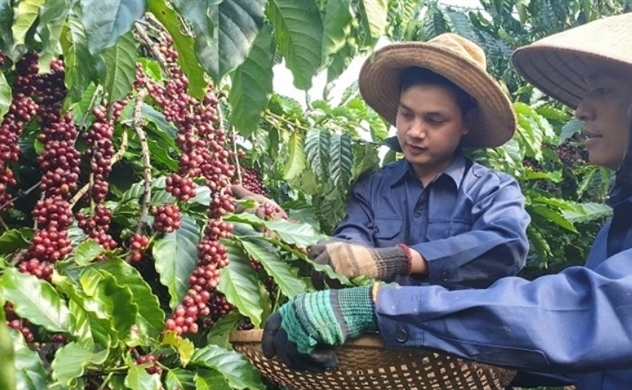 Coffee exports in the first half of 2020 earned an estimated $1.6 billion, a year-on-year rise of 2.5%, according to the Import-Export Department under the Ministry of Industry and Trade.

The volume shipped during the first six months of the year reached 955,000 tonnes, up 3.7% compared with the same period last year.

The average export price of coffee in the January-June period was approximately $1,685 per tonne, a year-on-year decrease of 1.2%.

Domestic coffee prices in June slipped due to a decline on the world coffee market, ranging from VND30,000 to VND 32,500 VND per kilo.

The low price makes farmers reluctant to sell, thus posing difficulties for traders and exporters who wish to buy coffee for export.

The International Monetary Fund predicts a 3% decline in global GDP during 2020. Meanwhile, the International Coffee Organisation says a 1% fall in GDP will lead to a 0.95% fall in coffee consumption.

- This story was reported earlier on Nhan Dan