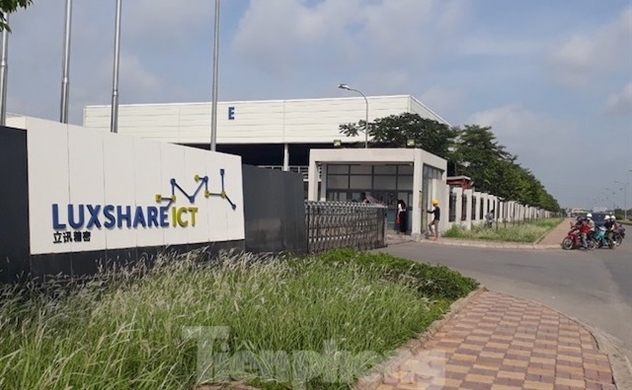 Representatives from Apple have inspected new workshops of Luxshare - ICT Vietnam in Bac Giang province in an attempt to shift iPhone production to the Vietnam-based workshops, reported Tien Phong Newspaper.

Apple representatives have surveyed the workshop of Luxshare -ICT Vietnam for iPhone production conditions. They were impressed with the construction speed at the facilities. They are happy with the workshop, said Tang Due Bang, Foreign Affairs Manager of Luxshare - ICT Vietnam told the paper.

Apple asked the company to build dormitories for workers.

Luxshare – ICT, which ranks 20th among the 100 largest companies in China is one of three manufacturers of Apple products, including iPhone.

“We look forward to get license from authorities to build dormitories for workers. Bac Giang has favorable conditions including location near the border, so we plans to expand and do business here”, said Bang.

Recently, Hon Hai Precision, one of 3 iPhone manufacturers, sent a petition to the Government Office, Ministry of Construction, Ministry of Planning and Investment on the construction of 3 housing projects for workers.

The project which will be developed on 16.7 hectares of land has a total investment of VND3,400 billion. The group is also seeking approval to invest an additional industrial park in Luc Nam district, Bac Giang province.