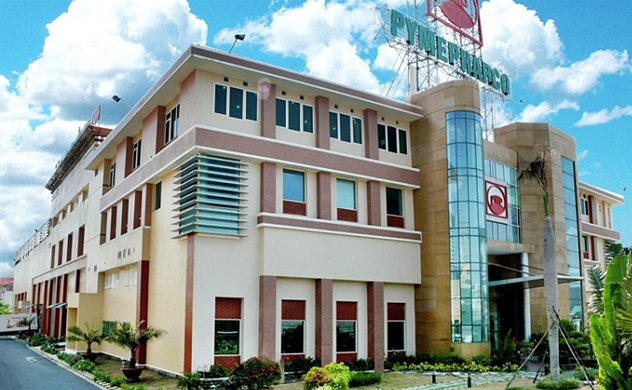 Pharmaceutical giant STADA has raised its stake in Vietnam's Pymepharco to 80 percent and is now seeking full ownership without submitting a bid for the purchase.

Pharmaceutical giant STADA has raised its stake in Vietnam's Pymepharco to 80 percent and is now seeking full ownership without submitting a bid for the purchase.

Netherlands-based STADA Service Holdings B.V., a subsidiary of German pharmaceutical company STADA Arzneimittel AG, has announced its acquisition of six million shares of Pymepharco JSC. (PME), raising its ownership percentage in the Vietnamese firm to 69.99 percent. The transaction was done through the Vietnam Securities Depository on November 3.

A week before the transaction, Pymepharco's leaders had announced plans to hold an extraordinary general meeting to approve a decision allowing STADA Service Holding B.V. and related parties to raise their ownership percentage in the company to 100 percent without having to make a bid for the purchase.

To prepare for the full acquisition, Pymepharco raised the foreign ownership cap from 49 percent to 100 percent in late 2018.

The upcoming meeting would only be a formality as STADA and its related parties already have a total ownership percentage of approximately 80 percent in Pymepharco. Five members of the company's board of directors are also senior personnel at STADA, including board chairman Carsten Patrick Cron, who was STADA's vice chairman in charge of operations in developing markets before being appointed Pymepharco's chairman last August.

STADA initially cooperated with Pymepharco by transferring technology, allowing the Vietnamese firm to produce a number of the German company's branded products. STADA became a strategic shareholder in the Vietnamese company in 2008.

In a September report, analysts with the Phu Hung Securities Corporation concluded that cooperation with foreign partners has helped Pymepharco participate in the global drug supply chain, thereby improving its export revenues and creating a driving force for sustainable growth.

Pymepharco is targeting a net revenue of over VND2.03 trillion ($87.6 million) and a pre-tax profit of approximately VND435 billion this year. However, the company's management board has said that its business operations have been severely affected by the Covid-19 pandemic and delays in obtaining the EU-GMP certification for its new factory.

In the first nine months of the year, the company had achieved a cumulative revenue of VND1.34 trillion and pretax profit of VND272 billion, which are only 66 percent and 62.5 percent of the target values respectively.

Despite the flat business results, Pymepharco's shares on the stock exchange have continued to increase strongly. PME is currently trading at VND71,000, nearly 40 percent higher than its bottom price in March.