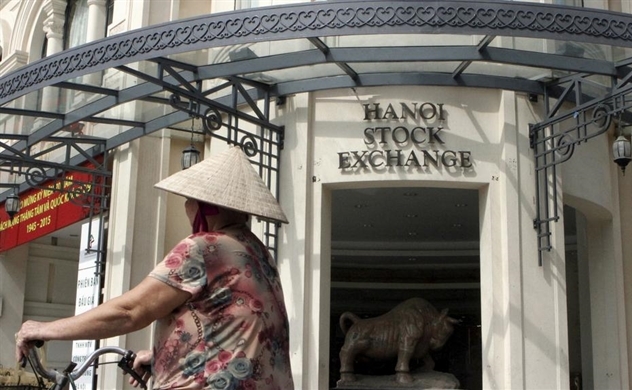 Global fund managers are starting to return to Vietnam’s stocks as the Southeast Asian nation emerges relatively little scathed from the coronavirus pandemic.

Firms including Ashmore Group Plc and Coeli Asset Management SA have increased holdings in the $174 billion market since March, while foreign investors have been net buyers so far this month -- a first since January -- amid a stable currency.

This has aided domestic investor inflows in driving the benchmark VN Index up 26% this quarter, making it the third-best performer globally, even after an 8% decline in the last three sessions.

Vietnam eased lockdown restrictions as early as April after moving quickly to roll out contact tracing and quarantining more than 100,000 people to curb the outbreak. With its 334 confirmed virus cases less than 1% of totals reported in neighboring countries Singapore and Indonesia, hopes are emerging that it will be among the stronger growth hotspots as world economies reopen.

The government is moving to restructure bank loans, freeze debt, reduce or exempt loan interest payments, and offer assistance including 62 trillion dong ($2.7 billion) in aid for workers. It is also looking to quickly disburse government investments and put in place administrative reforms to help speed recovery.

“The strong decisive action on Covid-19 and now an acceleration of investment by the government both bode well for the Vietnamese economy,” said Andrew Brudenell, a fund manager at Ashmore. Brudenell said he has raised his Vietnam allocation by 50% since the end of 2019, now giving it the largest weight in the $77 billion manager’s frontier markets equity fund.

A supportive local currency and reigniting of tensions between the world’s two biggest economies are boosting interest in Vietnam as a cheaper supply-chain alternative to China. Apple Inc. is among global giants that have moved to tap the country’s manufacturing power.

“The dong has remained stable this year,” bolstered by a large current account surplus and steady foreign exchange reserves, said Ruchir Desai, a fund manager at Asia Frontier Capital Ltd. The dong is among the best-performing Asian currencies this year, down 0.3% versus the U.S. dollar.

Sweden-based Coeli Asset has boosted allocation to Vietnam in its $350 million frontier market portfolio to about 25% from 18.6% at the start of the year, buying shares after the March selloff. “The price-to-books of Vietnam equities have deteriorated materially over the last 18 months and do not price in the long-term opportunity,” said fund manager James Bannan.