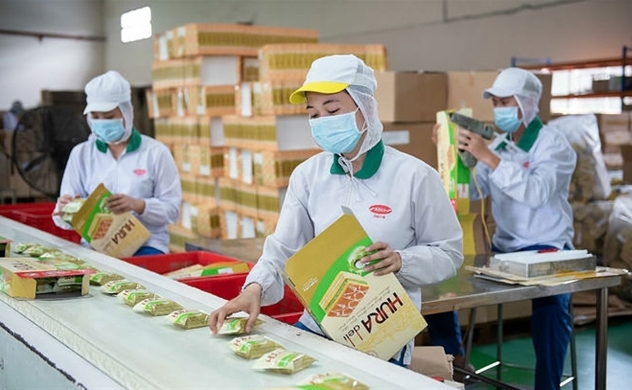 Workers at Bibica's factory. Photo courtesy of the company

PAN Group has bought a 39.9 percent stake in Bibica for VND524 billion ($22.6 million) to increase its ownership of the confectionary company to 98.3 percent.

By March this year it had increased its stake in the company to 58.94 percent through a subsidiary, PAN Food JSC.

South Korean conglomerate Lotte also showed interest in Bibica, in which it owned a 44.03 percent stake, but sold out in 2020 after years of competing with PAN.

The PAN management considers Bibica as a key part in its food business and important to its feed-farm-food strategy.

In the first quarter of 2022 Bibica reported post-tax profits of VND130 billion, the highest since its listing and a 17-fold rise year-on-year.

PAN has forecast a bright outlook for the confectionery industry this year thanks to recovering demand.