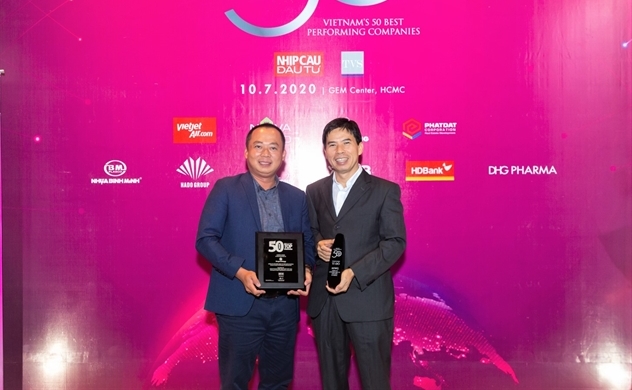 Mobile World Group has secured its leading position in the Top 50 Best Performing Companies in Vietnam for the fourth consecutive year.

This is the fourth consecutive year, MWG was honoured as leader of the list of 50 companies while its shares have been listed on stock market for six years since 2014 and the prize has been organized for eighth year.

Last year, Mobile World reached a market capitalization of over $2.2 billion, 10 times more than it was in 2014, the first year the company was listed on stock market.

In 2020, despite the COVID-19 pandemic, Mobile World targets net revenue to increase by 8 percent and post-tax profit to drop 10 percent on-year.

In order to maintain the leading position, Mobile World said it aims to have over 55% of the mobile phone market share and 70% of electronic product market share in Vietnam in the next few years. Meanwhile, the group expects 100 percent growth in the retail segment of food and consumer goods.

This prestigious ranking evaluates the management capability of enterprises. The review process was rigorous, in consultation with leading economists and experts.

Mobile World is the top retailer in Vietnam by revenue and net profit with more than 3,400 stores nationwide.

The company was founded in 2004 with Thegioididong.com, which is now the leading mobile phone retail chain in Vietnam by market share with nearly 1,000 stores nationwide.

The retailer has entered the high-tech agricultural sector with 4Kfarm, which produce vegetable to its grocery chain. The farm grows vegetables of “4 No” policies of zero pesticide, non-GMO seeds, zero preservatives and zero growth substances.