U.S. firms can work with Huawei on 5G and other standards 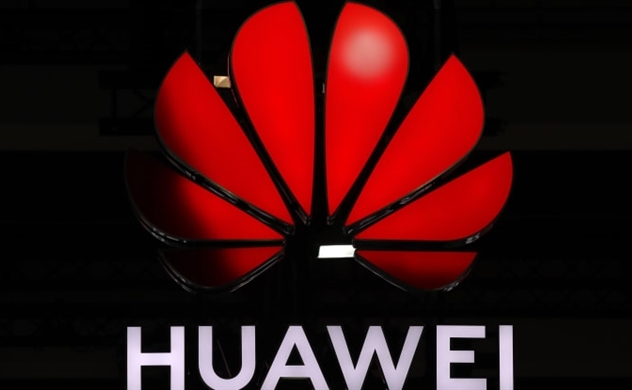 U.S. firms can work with Huawei on setting standards for next-generation technologies, the Department of Commerce said Monday.

The move is significant because it means American firms will be able to participate in the formation of so-called standards, which are specifications and rules that govern how critical technologies work.

Huawei was put on a U.S. blacklist called the Entity List in May 2019. U.S. firms were restricted from doing business with the Chinese technology giant and required licenses to sell to it.

But the blacklisting also created confusion as to whether U.S. firms could be involved in standards-setting discussions and organizations where Huawei was also a participant.

The United States will not cede leadership in global innovation. This action recognizes the importance of harnessing American ingenuity to advance and protect our economic and national security.

The Department of Commerce has changed that rule, helping to clarify that U.S. firms can work with Huawei in standards setting bodies.

“The United States will not cede leadership in global innovation. This action recognizes the importance of harnessing American ingenuity to advance and protect our economic and national security,” U.S. Department of Commerce Secretary Wilbur Ross said in a statement.

“The Department is committed to protecting U.S. national security and foreign policy interests by encouraging U.S. industry to fully engage and advocate for U.S. technologies to become international standards.”

“It is exceptionally important for U.S. companies to be at the table. Being forced to cede their seat at the table to the likes of Huawei no less, was in nobody’s interest, except the Chinese,” Naomi Wilson, senior director of policy for Asia at ITI, told CNBC. “The last thing we want to see is unintended consequence that negatively affects U.S. companies’ competitiveness.”

Standards are critical to technologies.

The reason we can go around the world and use Wi-Fi quite easily in most places is because industry bodies have worked out standards for the technology. These are technical specifications and other things that spell out how a technology works and allows different devices or systems around the world to work together.

U.S. and European technology firms have been key players in defining technology standards for the last generation of technology. But now, new technologies are emerging — such as next-generation mobile internet known as 5G or autonomous vehicles. Who gets to define those standards has yet to be determined.

China has stated its ambitions clearly: Not only does it want to develop its own domestic standards, it also wants to push its participation internationally.

CNBC recently reported on a plan called China Standards 2035, an ambitious 15-year blueprint that will lay out Beijing’s goals to set the global standards for the next generation of technologies. And that has raised some concerns about China’s growing influence on the global technology scene.

Huawei will be a big part of that plan given its strength in areas from telecommunications to mobile phones and cloud computing.

Without the U.S. companies involved in standards-setting, the concern is American technology firms could lose their competitiveness.

The Department of Commerce itself recognized the importance of U.S. companies in setting standards for the future.

It is exceptionally important for U.S. companies to be at the table. Being forced to cede their seat at the table to the likes of Huawei no less, was in nobody’s interest, except the Chinese.

“U.S. participation and leadership in standard-setting influences the future of 5G, autonomous vehicles, artificial intelligence, and other cutting-edge technologies,” it said.

ITI’s Wilson said the previous rule left U.S. firms at a “strategic disadvantage” but welcomed the change from the government.

“We are not in a situation in which China is developing its tech sector and they are still behind,” Wilson added. “China has some real cutting edge-tech companies that are really competitive. It is not necessarily a winner takes all race, but you certainly have to stay in the race in order for competition to drive innovation in those next generation technologies.”