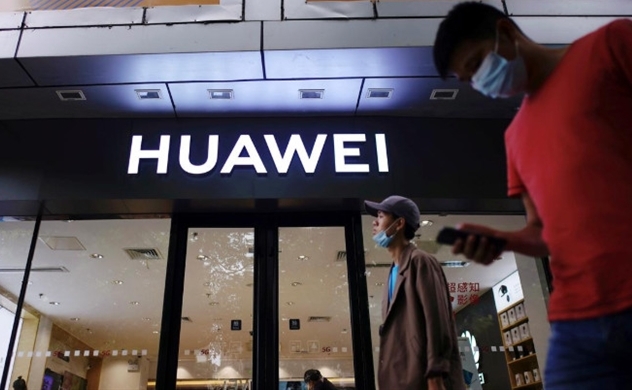 Prime Minister Boris Johnson is set to ban Huawei from Britain’s 5G network on Tuesday by signaling that the world’s biggest telecoms equipment maker is no longer welcome in the West.

The United States has pushed Johnson to reverse his January decision to grant Huawei a limited role in 5G, while London has been dismayed by a crackdown in Hong Kong and the perception China did not tell the whole truth over the coronavirus.

Now, as Britain prepares to cast off from the European Union, Johnson will risk the ire of the world’s second largest economy by ordering a purge of Huawei equipment which the United States says could be used to spy on the West.

Britain’s National Security Council (NSC), chaired by Johnson, will meet on Tuesday morning to discuss Huawei. Media Secretary Oliver Dowden will then announce a decision to the House of Commons at around 1130 GMT.

The immediate excuse for the about turn in policy is the impact of new U.S. sanctions on chip technology, which London says affects Huawei’s ability to remain a reliable supplier.

“Obviously the context has changed slightly with some of the sanctions that the U.S. has brought in,” Environment Secretary George Eustice told Sky News when asked about Huawei.

In what some have compared to the Cold War antagonism with the Soviet Union, the United States is worried that 5G dominance is a milestone towards Chinese technological supremacy that could define the geopolitics of the 21st century.

5G’s faster data and increased capacity will make it a foundation of industries and driver of economic growth. As the West’s most powerful intelligence power after the United States, Britain is being watched over the Huawei issue by allies.

Telecoms firms already had to cap Huawei’s role in 5G at 35% by 2023. Reducing it to zero over another two to four years is now being discussed, though operators say going too fast could disrupt services and prove costly.

Hanging up on Huawei, founded by a former People’s Liberation Army engineer in 1987, marks the end of what former Prime Minister David Cameron cast as a “golden era” in ties, with Britain as Europe’s top destination for Chinese capital.

Cameron toasted the relationship over a beer with President Xi Jinping in an English pub, which was later bought by a Chinese firm.

Trump, though, has repeatedly asked London to ban Huawei which Washington calls an agent of the Chinese Communist state - an argument that has support in Johnson’s Conservative Party.

Huawei denies it spies for China and has said the United States wants to frustrate its growth because no U.S. company could offer the same range of technology at a competitive price.

China says banning one of its flagship global technology companies would have far-reaching ramifications. Its ambassador has said a U-turn on Huawei would damage Britain’s image and it would have to bear consequences if it treated China as hostile.

In January, Johnson defied Trump by allowing so-called high-risk companies’ involvement in 5G, capped at 35%. He excluded them from the sensitive 5G “core” where data is processed, as well as critical networks and locations such as nuclear and military sites.

Huawei and customers including BT (), Vodafone () and Three () are waiting to see how extensive the new ban will be and how quickly it will be implemented, with hundreds of millions of pounds riding on the outcome.

The other large-scale telecoms equipment suppliers are Sweden’s Ericsson () and Finland’s Nokia (). British lawmakers have lamented that no Western company offers the same value equipment, though there have been calls to create a Western consortium to compete with China.

► Huawei reports revenue growth at 13.1% in first half of 2020 despite US pressure