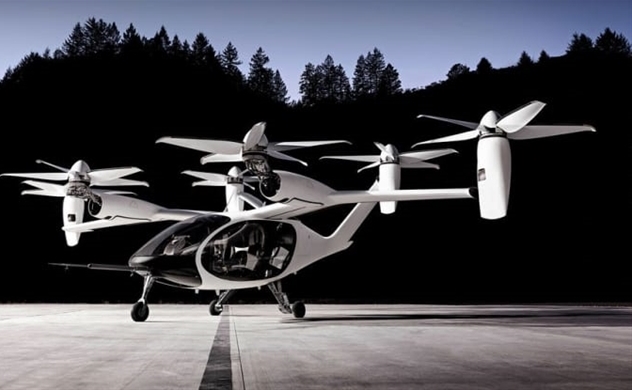 The move will allow Joby to use Uber’s app to offer air taxi rides when the company’s aircraft eventually enters service, which could be as soon as 2023.

The air taxi business is at least a couple of years from taking off, but it’s already seeing consolidation among start-ups. California-based Joby Aviation, which is developing all-electric vertical takeoff and landing aircraft, is acquiring Uber Elevate, the aerial ride-hailing division of Uber.

The move will allow Joby to use Uber’s app to offer air taxi rides when the company’s aircraft eventually enters service, which could be as soon as 2023. While terms of the transaction were not released, Uber has agreed to invest $75 million in Joby Aviation. Earlier this year, Uber invested $50 million in Joby as part of the company’s Series C financing round.

“We were proud to partner with Uber Elevate last year and we’re even prouder to be welcoming them into the Joby team today,” JoeBen Bevirt, founder and CEO of Joby Aviation, said in a release announcing the deal.

For Uber, the transaction comes one day after selling its autonomous-driving division known as the Advanced Technologies Group to Aurora, a self-driving car start-up.

“Aurora is going to know exactly what to build, what are the routes, what are the skills that the driver needs to learn in order to go after the largest segment of the market and essentially build that technology in the simplest way,” Uber CEO Dara Khosrowshahi told CNBC’s “Squawk Box.”

Parting with the Advanced Technologies Group and Uber Elevate will allow the ride-hailing giant to save hundreds of millions of dollars that would have been required over the next several years to develop autonomous ride-hailing and urban air taxi services.

For Joby Aviation, incorporating Uber Elevate could help the company achieve its goal of offering short rides in urban areas with vertical takeoff and landing aircraft. Joby’s aircraft operating in conjunction with Uber’s ride-hailing app could offer customers a seamless way to use ride-hailing services and air taxis in a single trip.

“These tools and new team members will be invaluable to us as we accelerate our plans for commercial launch,” Bevirt said in a company release.

Of course, Joby Aviation is still far from taking off. The company has built and is testing an all-electric aircraft that can carry four passengers and a pilot up to 150 miles at a top speed of 200 mph. Joby is regularly conducting test flights, but the aircraft has yet to be certified by the FAA.

Separately, Joby has not set pricing for an air taxi trip, which will be an indication of whether air taxis truly take off with the masses.