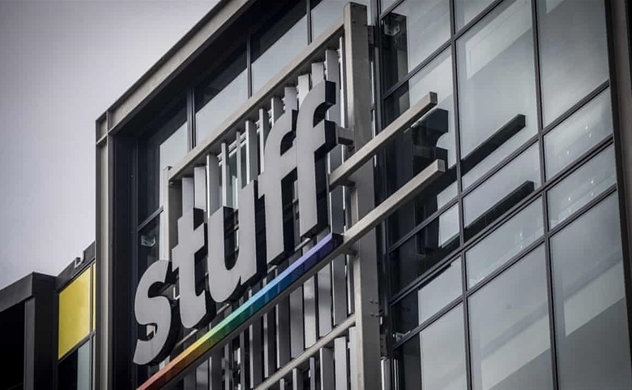 Stuff, one of New Zealand’s largest media groups, has been sold for a dollar to chief executive Sinead Boucher in a management buyout. Photograph: Michael Craig/AP

A staff ownership model and a charter for editorial independence are among the plans for New Zealand’s largest journalism publisher, after Stuff’s chief executive bought the business from its Australian parent company for a single dollar.

Sinead Boucher, a former journalist and editor with Stuff announced on Monday that she had acquired the business, which had long been subject to takeover speculation, from Nine Entertainment.

“It’s no silver bullet for all the issues that media are navigating through, lay on top of that all the Covid issues that we’re all going to be navigating through,” Boucher said in an interview with the Guardian. “But it does give us a sense of being more in control of our own futures and that the sacrifices that people have personally made, such as salary sacrifice, are for something that we will have more control over.”

Stuff, which is New Zealand’s biggest media website, prints many of the nation’s daily newspapers, and employs about 900 staff, including 400 journalists. Staff agreed to 15% pay cuts in April during a national shutdown to curb the spread of Covid-19 after advertising revenue “fell off a cliff,” Boucher said. She took a 40% wage reduction.

The announcement that she had bought the company came the same day as another New Zealand news outlet, Mediaworks, a television and radio business which is US-owned, announced 130 staff would be made redundant.

Owned by Australia’s Nine Entertainment, Stuff faced financial challenges before the coronavirus pandemic struck. In a statement to the Australian stock market, Nine said Stuff would be sold to Boucher in a deal that will be completed by the end of the month.

The deal brings to an end the efforts of rival New Zealand media company - Australian-owned NZME - to buy Stuff. Discussions between the two companies turned acrimonious and ended up in the high court, which last week declined an interim injunction sought by NZME that could have delayed the sale to Boucher.

“Everyone’s glad to draw a line under the uncertainty that’s been around for Stuff for a long time now,” Boucher told the Guardian.

She did not yet know what the staff ownership model would look like - adding that it would be decided “in the next couple of weeks” - but cited the New Zealand-headquartered consultancy firm Beca, where staff are shareholders, as one of the models she had researched.

“I wanted an ownership structure that would give staff a direct stake in the ownership, but also leave us the ability to potentially bring in new partners or investors in future should we need it,” she said.

“Having a stake in our future I think will be really energising for all of us, to direct our own destiny and not a company that’s owned by an international parent who we’re never going to be front and centre of their strategy and their concerns.”

There were no longer plans for a merger with another company, Boucher said, nor plans to restructure the business or lay off staff. But she added that her purchase of the firm did not change the “overall dynamics” of the media landscape in New Zealand, where other outlets had shuttered or forced pay-cuts since the Covid-19 pandemic began.

The prospect of acquiring Stuff had only arisen “in the past couple of weeks,” Boucher said, and was supported by Nine Entertainment. Nine said that as part of the deal, it will retain ownership of a printing plant in Wellington and lease it back to Stuff. It will also retain some of the profits from the recent sale of company offshoot Stuff Fibre, an internet provider.

At the beginning of the coronavirus lockdown in New Zealand, Stuff had introduced a request on its website for readers to donate to the business - without imposing a pay-wall - and she hoped the business’ New Zealand ownership would encourage subscriptions.

An editorial charter that would be enshrined “at company level” was one of Boucher’s plans for the firm, she said. “I do think it’ll give us a chance to do things differently even though I’m not sure what those things will be,” she said.

“We’re making decisions entirely for ourselves ... rather than thinking about us either in the context of a business that might be being held for sale or a small part of a much larger enterprise. It’ll definitely bring freedoms and flexibility.”