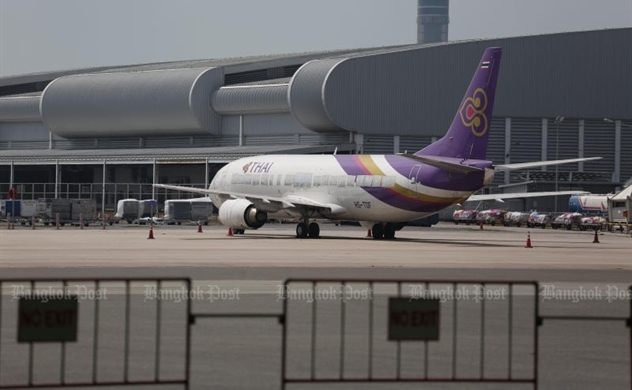 Filing for bankruptcy is an option for the rehabilitation of Thai Airways International (THAI), and the cabinet will make the final decision, Finance Minister Uttama Savanayana said last week

Rehabilitation could be through approval of a plan by the State Enterprise Policy Committee and the cabinet, or through an order issued by the Bankruptcy Court, he said.

"The Finance Ministry and the Transport Ministry, which supervises Thai Airways because it is a state enterprise, have discussed the development of a rehabilitation plan, but it will eventually depend on the decision of the cabinet, which will choose the best option for Thai Airways and all parties involved," Mr Uttama said.

He did not know when a decision would be made. It would have to be handled carefully and according to laws, because THAI was a state enterprise. If it was a private company, it would not be so difficult, the finance minister said.

Asked if THAI could still afford to pay staff salaries, Mr Uttama said negotiations with creditors were successful to a certain extent, keeping liquidity to some degree.

"All parties are trying their best to solve the problem. Time has run out. Thai Airways must change. All parties must seriously cooperate," he said.

"Conventional practices cannot continue. There must be a massive overhaul. Solutions are being considered and will be concluded with the cabinet's decision," Mr Uttama said.

According to Stock Exchange of Thailand filings, THAI posted a net loss of 2.11 billion baht in 2017, which ballooned to 11.6 billion in 2018 and 12 billion baht last year.