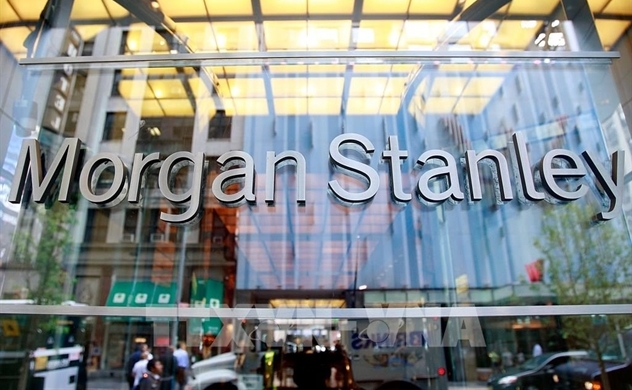 Morgan Stanley has agreed to buy Eaton Vance Corp for about $7 billion in a cash-and-stock deal that can quickly expand its investment-management business and add more offerings for retail investors.

The transaction is the latest move by Chief Executive James Gorman to reshape Morgan Stanley into one of the biggest global money managers through a series of acquisitions that began just before he took over more than a decade ago.

Eaton Vance shareholders will receive $28.25 per share in cash and 0.5833 Morgan Stanley shares for each share they hold, representing a 38% premium to Eaton’s closing price on Wednesday. They will also get a one-time $4.25 dividend paid by Eaton Vance before the deal closes.

Subject to regulatory approvals, the two companies expect the transaction to close in the second quarter of 2021.

The deal is good for Morgan Stanley because it will help the bank distribute funds to retail investors since Eaton Vance is the top U.S. distributor of individual separate accounts, Barclays analyst Jason Goldberg said. It may also help grow revenue in an inexpensive way while growing assets, he said.

However, the deal still dilutes shareholders and involves “execution risks” for a bank that has bought a couple of other companies lately, including online retail brokerage E*Trade Financial.

“Morgan Stanley is undertaking another acquisition so soon after E*Trade,” Goldberg wrote in a note to clients.

The Eaton Vance deal bolsters Gorman’s reputation as a CEO who acquires his way to growth, then finds efficiencies to bolster profits.

The most emblematic deal of his tenure was Morgan Stanley’s decision to buy Smith Barney, which was announced in 2009 when he ran the bank’s wealth management business. Gorman was crucial in forging the massive deal, and combining the two companies became his chief task when he was elevated to CEO the next year.

During that time, Gorman boosted the wealth management’s profit margins from single digits to 25-30% in more recent periods.

After a long pause in acquisitions, Morgan Stanley announced last year that it would purchase an employee stock-plan manager for $850 million, and in February said it would buy online stock brokerage E*Trade for $13 billion.

Although Gorman has turned around wealth management through deals, investment management has long been a sore point for the bank.

After the financial crisis, executives tried without much success in turning around performance. The crisis crushed values in some funds, especially real estate, while FrontPoint, a prominent hedge fund it owned, got entangled in insider trading charges.

By 2010, Morgan Stanley also had to comply with the Volcker rule, which limited its own financial commitment to private equity and hedge funds it managed.

For instance, in 2014, Morgan Stanley set a goal for its investment management unit of $500 billion in assets under management and a 20% return-on-equity (ROE) by 2016, neither of which it reached in time. It is now surpassing both targets, partly due to soaring market values.

The Eaton Vance deal will certainly help with assets, boosting AUM to $1.2 trillion from $665 billion at June 30. The bank expects combined annual revenue of about $5 billion, compared with $3.8 billion last year.

Morgan Stanley has been looking at Eaton Vance for several years, Gorman said on a conference call with analysts to discuss the deal. He dismissed the idea that Morgan Stanley had overpaid, saying “you pay quality for quality.”

After Eaton Vance, Morgan Stanley is done with deals for awhile, Gorman said. The bank will then focus on incorporating all the companies it has bought and finding ways to make them gel with one another.

Morgan Stanley expects to realize $150 million in annual savings through the transaction. It will have a break-even effect on earnings per share immediately and then become marginally beneficial to EPS, the bank said.

The deal also helps the bank use extra capital in a way that still leaves it about 300 basis points above what the Federal Reserve requires, Morgan Stanley said.