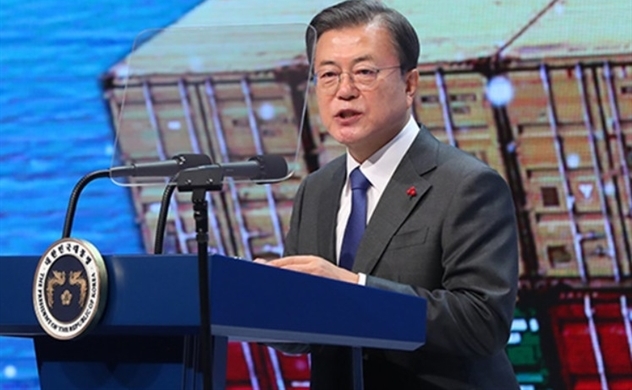 President Moon Jae-in has said Korea would look into joining the eleven-member Comprehensive and Progressive Agreement for Trans-Pacific Partnership (CPTPP).

At a ceremony marking Trade Day on Tuesday, Moon raised the possibility of CPTPP membership for the first time, adding global competition and protectionism will likely become more fierce in the post-COVID-19 era. He underlined market diversification thus must be achieved.

The multilateral trade bloc was signed into existence in 2018, after the U.S. withdrew under orders from the Donald Trump administration.

This suggests Seoul may join both trade blocs to reduce the threat of being sandwiched between the U.S., a major ally, and China, a major trade partner, amid their trade row.

Moon also pledged to expand the country's free trade network to conclude bilateral deals with Indonesia and Israel within this year and to accelerate negotiations with India, the Philippines, Cambodia and Uzbekistan.