India Looks to Lure More Than 1,000 U.S. Companies Out of China 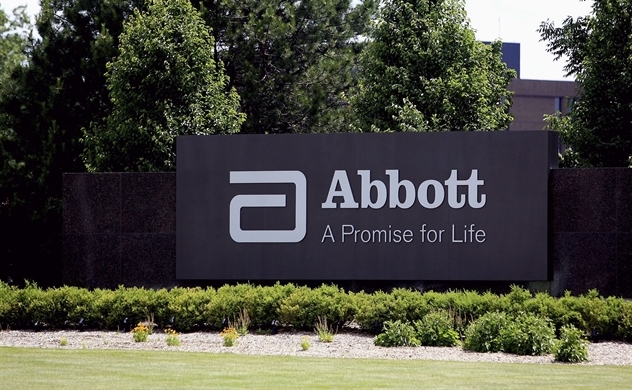 India expects to win over U.S. companies involved in healthcare products and devices, and is in talks with Medtronic Plc and Abbott Laboratories. PHOTO: STEVE LUNDY/ASSOCIATED PRESS

India is seeking to lure U.S. businesses to relocate from China as President Donald Trump’s administration steps up efforts to blame Beijing for its role in the coronavirus pandemic.

The government in April reached out to more than 1,000 companies in the U.S. and through overseas missions to offer incentives for manufacturers seeking to move out of China, according to Indian officials who asked not to be identified, citing rules on speaking with the media.

Trump’s move to blame China for its handling of the Covid-19 outbreak, which has killed more than a quarter-million people worldwide, is expected to worsen global trade ties as companies and governments move resources out of the world’s second-largest economy to diversify supply chains.

Japan has earmarked $2.2 billion to help shift factories from its neighbor, while European Union members plan to cut dependence on Chinese suppliers.

India expects to win over U.S. companies involved in healthcare products and devices, and is in talks with Medtronic Plc and Abbott Laboratories on relocating their units to the country, an official said. Medtronic spokesman Ben Petok and Abbott spokeswoman Darcy Ross didn’t immediately respond to emails seeking comment.

Both Medtronic and Abbott have a presence in India, which may make it easier for them to move their China supply chains to the country, according to an official. They’re based out of financial center Mumbai and already work with large Indian hospital groups.

Officials have told companies that India is more economical in terms of securing land and affordable skilled labor than if they moved back to the U.S. or Japan, even if overall costs are still higher than China.

They have also offered an assurance that India will consider specific requests on changes to labor laws, which have proved a major stumbling block for companies, and said the government is considering a request from e-commerce companies to postpone a tax on digital transactions introduced in this year’s budget.

The push by Prime Minister Narendra Modi’s government comes as India tries to regain lost ground after many companies chose countries like Vietnam over India as an alternative destination when Trump started his trade war with China.

Modi has tried to shore up U.S. investments and improve ties through corporate tax cuts, two massive public rallies with Trump in Houston and India, and a $3 billion defense deal.

Secretary of State Michael Pompeo last month said the U.S. was working with India, Australia, Japan, New Zealand, South Korea and Vietnam on how to “restructure these supply chains to prevent something like this from ever happening again.”

The administration was “turbocharging” an initiative to remove global supply chains from China, Reuters reported this week, with one official saying it’s pushing for an “Economic Prosperity Network” of trusted partners.

“My read is that the network, if it pans out, will look to India and Vietnam to replace China in the global supply chain network,” said Derek Grossman, researcher at the Washington-based RAND Corporation who held positions in the U.S. Intelligence Community for more than a decade.

“This would be a rough fit in terms of replacing China’s immense manufacturing capabilities, but perhaps the U.S. has high hopes that India and Vietnam can quickly ramp up to at least equal Chinese capacity.”

India in April partially lifted a ban on the export of hydroxychloroquine and paracetamol following a request from Trump. It also approved 130 billion rupees ($1.7 billion) worth of investments to make more bulk drugs and medical devices, and to boost local manufacturing of drug intermediates and active pharmaceutical ingredients to cut dependence on imports from China.

For Modi, a surge in investment would help shore up an economy battered by an eight-week nationwide lockdown to control the Covid-19 outbreak, and help him make up ground hitting a target to grow its manufacturing sector to 25% of gross domestic product by 2022 from 15%.

The need to create employment is now even more urgent after the pandemic left 122 million people jobless and forced India to shut down all major cities.

It could also present India with a chance to finally push through long-stalled reforms on land, labor and taxes that have hindered investment for years. Modi’s second term has been marred by nationwide protests and slow growth since his party scored a landslide election victory a year ago, presenting a risk for companies planning to move.

“There are opportunities for India to try to gain a place in global supply chains, but this will require serious investments in infrastructure and governance,” said Paul Staniland, an associate professor at the University of Chicago who writes about India’s politics and foreign policy. “India faces tough competition from elsewhere in South and Southeast Asia.”

India’s trade ministry has sought detailed feedback from U.S. companies on changes needed to make the country’s tax and labor laws more favorable to companies, said one of the officials. Modi’s federal government is working with states to ensure long term solutions, the official added, including developing land banks to ensure a quick start for units.

“India is a bigger market than Vietnam or Cambodia so it should be a bigger draw for investors looking to move operations out of China,” said Ajay Sahai, director general and chief executive officer of the Federation of Indian Exporters.

“But apart from ensuring land, water and sewerage, the most important change India needs to make is to give a clear guarantee that the government will not introduce retrospective tax amendments.”

Some states including Maharashtra have ensured that supply chains for foreign manufacturers remained functional through India’s national virus lockdown. Others like Tamil Nadu in the south and Uttar Pradesh in the north have offered concessions for those planning to move.

“There’s abundant capital in the U.S. that’s looking for geographies outside, and we can see India responding,” said Mukesh Aghi, president of the U.S.-India Strategic and Partnership Forum, a Washington-based group that advocates for policies that further business ties between the countries.

“Companies realize that while large supply chains in China may have been economical, there’s no point in keeping all your eggs in one basket.”