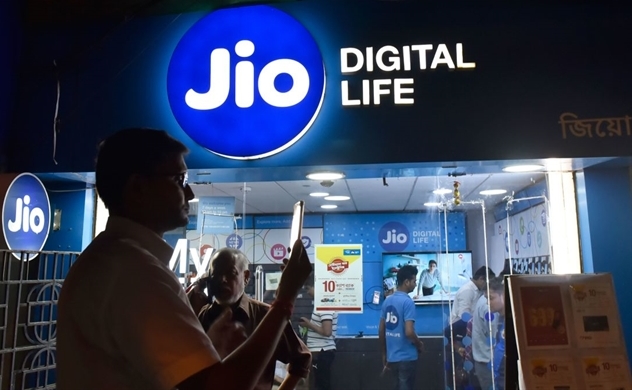 Google has acquired 7.7 percent stake in Jio Platforms Ltd., adding to a series of large U.S. investments into an online venture that has nearly 400 million users in India.

Alphabet Inc.’s Google joins rival Facebook Inc., which recently put $5.7 billion toward a 10% stake of Jio as well as the investment arms of compatriot chipmakers Intel Corp. and Qualcomm Inc.

Interest in Jio is high because it’s seen as a gateway to India’s large and growing online population -- second only to China’s, whose door is firmly shut to American internet services like Google and Facebook’s.

“Digital revolution marks the greatest transformation in the history of mankind,” Ambani told shareholders at Reliance’s annual general meeting. “India must lead the change to create a better world. This is Jio’s purpose.”

Jio is at the center of the Indian tycoon’s ambition to transform his energy conglomerate into a homegrown technology behemoth akin to China’s Alibaba Group Holding Ltd.

With Google’s contribution added in, the venture has now attracted somewhere close to $20 billion in recent months. The Reliance share price was up 3% in the buildup to the presentation and has been setting new highs over the past few weeks.

Google’s backing further burnishes Jio’s credentials in its push to upend online retail, content streaming, digital payments, education and health care in a market of more than a billion people.

Global tech leaders are looking for multiple ways to grab a slice of the Indian market, where millions of first-time internet users are added every month. Jio Platforms offers the largest base of such users who are increasingly buying consumer goods online and downloading music and video, using cheap smartphones and Jio’s own cut-price data services.

“The bigger story is the market access to opportunities that Jio Platforms can provide these investors,” said Satish Meena, senior forecast analyst at Forrester Research Inc. “They are betting on the track record of Reliance chairman Mukesh Ambani whose scaling up of diverse businesses from energy to retail to telecom has been nothing short of impressive,” Meena said via telephone from New Delhi.

The flood of investments in Jio is closely tied to the number of internet users it has and the services it can market to them. “Jio is already connecting them to the internet, providing them with content and just starting to do commerce. It’s a very good investment opportunity for global companies,” he said.

For Google, cloud computing is another important consideration, tech industry consultant Chetan Sharma said ahead of the announcement. As a provider, “Google has been more reactive than proactive” in the country, he said, and “This gives them a leg in.” The move would also support Google’s Android smartphone operating system and the company’s mobile payments push in the country, he added.