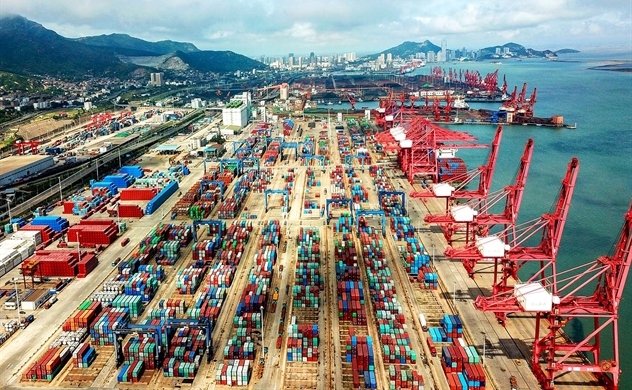 China has so far failed to meet its committed purchases of U.S. goods under the “phase one” trade deal that it struck with the Trump administration.

China has so far failed to meet its purchase commitments for U.S. goods under the “phase one” trade deal that it struck with the Trump administration.

As part of the “phase one” trade deal, China agreed to buy at least $200 billion more in U.S. goods and services over two years — in 2020 and 2021 — on top of its purchases in 2017. The agreement, signed in January last year, paused a damaging tariff fight between the U.S. and China that started in 2018.

In its first year of implementation, China imported $100 billion of the U.S. goods agreed to in the deal — roughly 58% of the targeted $173.1 billion for 2020, according to Chinese customs data compiled by think tank Peterson Institute for International Economics.

Even though they refer to the same thing, statistics on Chinese imports from the U.S. often don’t mirror that of U.S. exports to China, partly due to different data collection methods and standards in the two countries.

PIIE doesn’t track Chinese purchases of U.S. services agreed under the deal because the data is not reported on a monthly basis.

Even before the pandemic, several experts had said it was not realistic for China to increase purchases of U.S. goods by that amount. The Covid-19 outbreak made meeting that obligation even more difficult as Chinese import demand plunged.

In addition to goods and services purchases, the “phase one” deal also included broad provisions for China to strengthen intellectual property protection and open its markets to financial services firms.

Robert Lighthizer, Trump’s former U.S. trade representative involved in negotiating with China, reportedly said last month that Beijing has done a “reasonably good job” in implementing parts of the deal. Lighthizer added that the Biden administration should stick to the trade deal and use tariffs as leverage, reported Reuters.

President Joe Biden, who was sworn in on Wednesday, has not made any official announcements on the fate of the “phase one” trade agreement. He said last month that he won’t immediately roll back tariffs on China and would conduct a full review of the deal.

Some public policy experts pointed out that members of Biden’s team agree with the Trump administration on many China issues. That means a tough stance on Beijing would continue, but using a different approach, experts said.

“The most important reason to change direction is that the Trump administration’s approach failed,” said Scott Kennedy, senior advisor and Trustee Chair in Chinese business and economics at think tank Center for Strategic and International Studies.

Kennedy wrote in a Tuesday report — before Biden’s inauguration — that former President Donald Trump and his team “deserves credit for loudly sounding the alarm bells on the dangers presented by a Xi Jinping-led China.”

But the previous administration did not tackle many economic issues “with effective policies that changed the facts on the ground in America’s favor,” he added. In particular, Kennedy said the “phase one” trade deal left China’s array of industrial policy tools “fully intact,” said Kennedy.

“Equally problematic, the deal’s highlight, the $200 billion purchase agreement, was a disaster: it endorsed managed trade and Chinese state interventionism, all the while setting unrealistic targets that China predictably never came close to meeting,” he wrote.