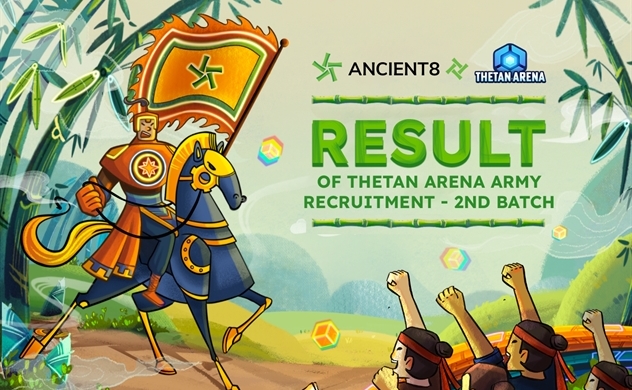 Ancient8 plans to use the latest funding to create a Decentralized Autonomous Organization for all community members to easily learn about developments in GameFi and build more GameFi tools.

The proceeds also will be used to develop more blockchain and software products to serve as the infrastructure layer for the metaverse. As more blockchain games come out, Ancient8 will continue to increase its game coverage, the company said.

Ancient8 focuses on developing a community and software platform to enable everyone to play P2E (play-to-earn) games and build the metaverse while earning rewards.

“We lend our P2E game assets to the scholars, or guild players, so they can play P2E games and enable them to earn rewards. Vietnam has a monthly average income of $250, which is not particularly privileged compared to approximately $5,800 for the United States and about $1,000 for the Philippines. We are demonstrably able to improve the financial income and life of our scholars by offering them this opportunity,” co-founder of Ancient8 Howard Xu told TechCrunch.

Vietnam is the third-largest country in Southeast Asia, with a population of 100 million, and skews young in demographics, making the country a ripe market for mainstream adoption of GameFi, Xu added.

“Partnering with our community of gaming enthusiasts and game developers, we are democratizing social and financial access for the first native generation of Metaverse citizens,” said Xu.

Ancient8 was founded in July 2021 by Xu, Nathan L and William Phan with a mission to reach, educate and empower the next 100 million metaverse citizens.

“Vietnam is one of the most exciting and fast-growing markets in the world today for blockchain adoption. Local communities are realizing the potential impact of this emerging financial system and, in particular, the opportunities in play-to-earn gaming. Ancient8 has built an incredible gateway for the play-to-earn ecosystem as Vietnam’s largest blockchain gaming build and we’re excited to partner with them,” said partners at Pantera Capital Paul Veradittakit.