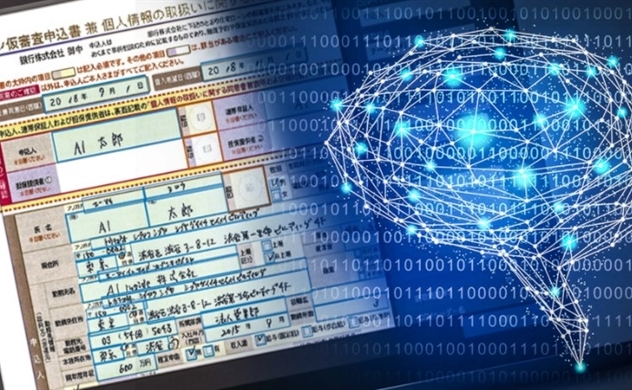 Orders for AI Inside's software surged last year as governments scrambled to process documents during the COVID-19 pandemic. (Source photo by AI Inside)

AI Inside, a Japanese startup that helps companies convert paper documents into electronic data using artificial intelligence, is entering Vietnam after the COVID-19 pandemic boosted business in its home market.

AI Inside recently agreed to sell its text recognition software, which includes the Vietnamese language, through OCG Technology, a joint venture between a unit of state-owned Vietnam Posts and Telecommunications Group and Japan's Nippon Telegraph and Telephone. It aims to tap Vietnamese companies that want to automate manual tasks like typing handwritten forms into spreadsheets.

"We will be putting a lot of effort into global expansion this year," founder and CEO Taku Toguchi said in an interview. In addition to Vietnam, the company is also planning to enter Thailand and Taiwan.

The 5-year-old startup's Asia expansion highlights how some Japanese software startups, hot on the heels of a boost in demand from the pandemic, are racing to build a footprint overseas.

Japan spends about $38 billion each year on outsourcing, about $5.5 billion of which is related to data input, Toguchi said. He believed the large industry was ripe for automation: "Human labor was increasing, despite a declining population. It did not make sense."

The major shift came last year, when AI Inside's orders surged as companies and local governments scrambled to process paper documents such as handwritten applications, especially after the Japanese government declared its first state of emergency in April.

The number of contracts for the company's optical character recognition (OCR) software, which can convert handwritten letters into text, more than doubled between July and September to 12,700. New customers included local cities that needed to rapidly process 100,000 yen stimulus handouts during the summer.

The company expects to turn a profit of 1.1 billion yen ($10.6 million) for the fiscal year ending March 2021, nearly triple the figure in the previous year. Its share price has increased more than fivefold since its initial public offering in December 2019, giving it a market capitalization of $2.5 billion as of Jan. 13.

While AI Inside claims a 64% market share in Japan's market for AI-based OCR software, Japan's rapid adoption of software is fueling competition. Cinnamon, a privately held AI startup that also sells OCR software, already has engineers in Vietnam and Taiwan and raised additional capital last year to ramp up hiring.

Toguchi said his ambitions go far beyond text recognition. AI Inside is adding functionality for companies to create online application forms and developing software that enables companies to build their own AI systems, such as detecting hazardous products in a waste management plant.

It is also considering building data centers outside Japan in anticipation of more demand for AI edge computing, in which data is processed as close to the source as possible, such as in autonomous driving. "We do not want to be a mere OCR company," Toguchi said. "Our goal is to sell infrastructure."