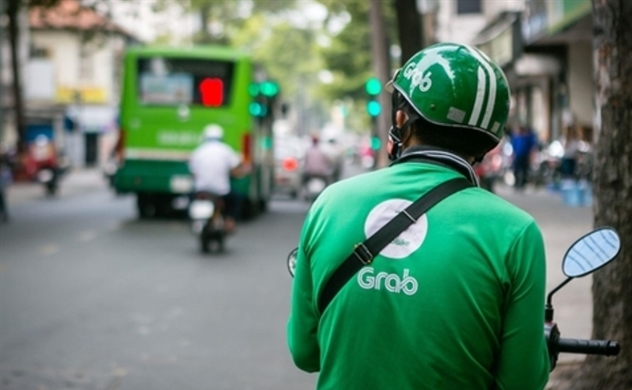 Grab drivers are worried that the fee increases would affect their incomes as passengers might choose other apps instead. — Photo saigonneer.com

The rail-hailing app Grab’s recent move to increase fees triggered concerns among drivers that they would earn less as passengers switch to other transportation service providers.

The Grabcar and GrabBike fees were raised by around 5-6 per cent, starting from December 5, to ensure drivers’ income, as Grab said, when value-added tax (VAT) increased following Decree No 126 detailing some points of the Law on Tax Management which took effect the same day.

The GrabBike service fees increased from VND3,400 to VND4,000 per kilometre after the first two kilometres.

Under the new decree, Grab must pay VAT of 10 per cent on the total revenue passengers paid for each ride.

Grab estimated that if the fees were not increased, their drivers’ income would fall by around seven per cent per year.

The company said that the increases in fees would help reduce drops in drivers’ income to 1 per cent per year, and that the fees remained competitive in the market.

The increases in Grab fees was met with objections from drivers as many of them turned off the apps on Monday.

Drivers were worried their incomes would be affected as passengers would switch to other transportation services providers as the market in Viet Nam was seeing increasing competition with the participation of a number of players.

‘It is really hard for drivers with the growing competition and Grab collecting high commission fees,” he said.

Nguyen Thu Huong in Linh Dam, Ha Noi, said that she used to book Grab rides due to their convenience and attractive promotions which made the fees low. However, she was shocked when the Grab fee for her daily commute increased from VND40,000 to more than VND50,000, causing her to consider public transport instead.

Expert Dinh The Hien said that it was important to harmonise the benefits of the company, drivers and passengers.

Food delivery app Beamin recently announced increases in the commission fees from 20 per cent to 27.2 per cent.

A representative from Be Group said that the company was waiting for a circular detailing the decree to identify taxable incomes and support its drivers to comply with the tax regulations.

Gojek Viet Nam said that there might be some adjustments but it was studying the best solutions.