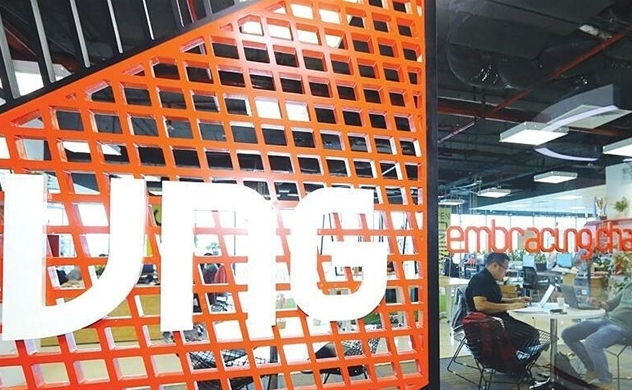 The logo of VNG Corp is seen in its office. Photo courtesy of VNG.

VNG Corp., whose investors include a unit of Singaporean sovereign wealth fund GIC Pte, is considering going public in the U.S. through a reverse merger with a blank-check company.

The online gaming and technology firm is working with financial advisers to hold discussions with special purpose acquisition companies for a potential deal, the people said. A transaction could value VNG at $2 billion to $3 billion, they said, asking not to be identified because the deliberations are private.

Discussions are ongoing and the company could decide to pursue other funding options, the people said. A representative for VNG said no decision on an IPO or SPAC has been made or approved, and otherwise declined to comment.

VNG has been considering a potential Nasdaq listing since at least 2017, Bloomberg News has reported.

Founded in 2004 as a gaming firm, VNG’s products reach over 80 million users, according to its website. Its gaming arm develops and publishes its own titles as well as local versions of international hits such as PUBG Mobile, the unit’s site shows.

It also runs messaging app Zalo and e-wallet ZaloPay, as well as cloud computing and other communications services. In 2020, VNG had about 6 trillion dong ($263 million) in revenue, 16% higher than in the previous year, according to its annual report.