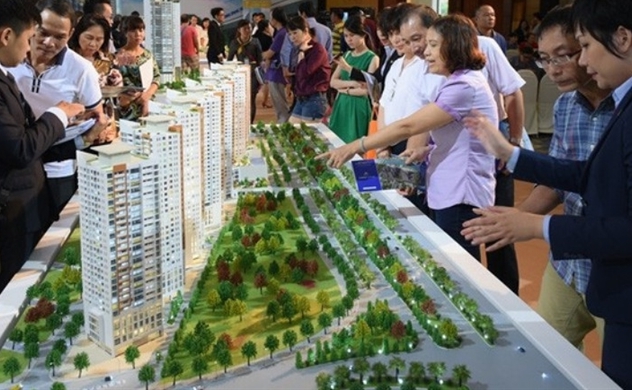 As of August 2019, credit flowing into real estate sector accounted for more than 19% of total outstanding loans of the economy, according to central bank’s report submitted to the National Assembly.

Credit growth of the whole economy was reported at 8.5%, equivalent to more than VND7,820 trillion ($334 billion). The central also said it would continue to strictly control credit risky sectors including real estate and securities.

"We should have tight control, but cannot prevent credit pouring into this field," he added.

Regarding the amount of $64 billion poured into real estate, an increase of nearly 15% over the same period, Hue explained it was due to the change in statistical methods.

Previously, real estate credit consisted of only loans from businesses in this sector, but now it includes consumer credit for individuals who buy or repair houses.

Tightening real estate real estate credit, the government asked central bank to strictly control credit grant to customers, large-scale projects. Every 3 months, the central has to report the government about outstanding loans of borrowers with credit package of more than VND5 trillion ($213.7 million).