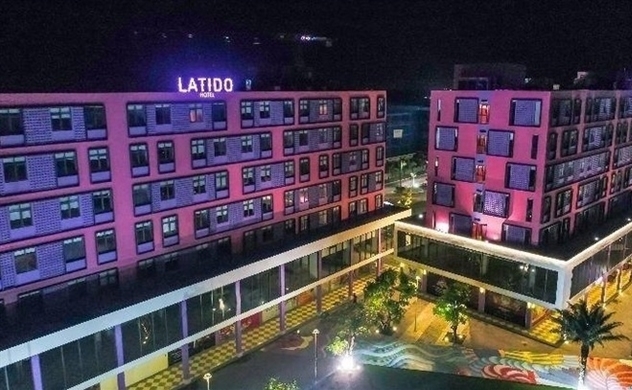 To reduce unsold inventory and boost tourism infrastructure investment, the Construction Ministry has proposed that foreign investors are allowed to own hospitality property.

Towards this, current laws on real estate ownership should be changed to increase the foreign ownership cap in apartment buildings and allow foreigners to own hospitality properties like condotels and villas, it suggested.

The real estate market is facing difficulties including low demand and decreased foreign investment, while supply of hospitality real estate like resorts and condotels has been increasing with the approval of many projects, the ministry noted.

Vietnam currently allows foreigners to own up to 30 percent of an apartment project, but there is no regulation on ownership of hospitality properties.

Industry insiders say that the lack of such a legal framework is robbing the real estate market off the opportunity to attract foreign investment in condotels, of which there were 39,100 units last year.

With another 5,000 condotel and villa units being approved in the first quarter of this year, the hospitality property can present attractive options to an estimated 83,500 foreigners living in Vietnam.

Nguyen Hoang, director of research and development at real estate consultancy DKRA Vietnam, said that the lack of regulations has kept Vietnam behind Thailand, Indonesia and Malaysia. All three Southeast Asian peers have established regulations on foreign ownership of hospitality property.

"Vietnam’s hospitality real estate has great potential and allowing more groups of buyers to invest, such as foreigners and Vietnamese living abroad, will benefit the market and developers," Hoang said.

Foreign investors with deep pockets are interested and willing to spend on luxury property products in Vietnam, which in turn will boost tourism and create more jobs for local residents, he said.

But other observers have raised concerns that easing regulations on foreign ownership could lead to foreigners taking control of Vietnam’s real estate, especially areas that are vital to national security.

A recent report by the Ministry of Defense said Chinese nationals and entities own more than 162,000 hectares of land in Vietnam via proxies, mostly in coastal areas, and operate hospitality, restaurant and tourism services on such land.

Typically, they set up companies in which a Vietnamese investor owns a majority stake, initially, and later increase their capital contribution to take over the business. This has been done in popular and important destinations like Da Nang City in the central region and Quang Ninh Province and Hai Phong City in the north.

Officials and lawmakers have expressed concern over foreigners using Vietnamese proxies to exploit legal loopholes and gain ownership and control over large areas of land.

A National Assembly delegate from Da Nang, Nguyen Quang Nga, said that the city, as one of the most popular tourism hotspots in the country, could become a hub for foreign criminals if foreign ownership regulations on property are relaxed.

However, those who support the proposal say there will be more benefits in the long run if the regulation is well constructed and implemented.

As this type of property can only be built with government permits and do not raise national security concerns, foreigners should be able to own it, he added.

"If foreigners’ money could help improve Vietnam’s tourism infrastructure and contribute to government’s coffers, why should we prohibit that?"

Luong Hoai Nam, member of the Vietnam Tourism Advisory Board (TAB), said that not allowing foreigners to own hospitality real estate is going against the principles of a market economy.

"A foreign buyer of a villa or condotel in Vietnam will bring their family and friends to the country each year. Opening the door to foreign ownership should have been done long ago."

He added that Vietnam could learn from Malaysia which only allows foreigners to buy properties valued at $100,000 or more to limit their dominance in the affordable segment.

Other experts have noted that foreign ownership could help reduce the rising number of unsold properties in the country, whose value reached VND223 trillion ($9.6 billion) last year, up 38 percent from 2018, according to the Ho Chi Minh City Real Estate Association.

Nam argued: "Even now, when there is no regulation, foreigners are already buying properties via proxies. Providing a clear and transparent legal framework is the best way to ensure national security."