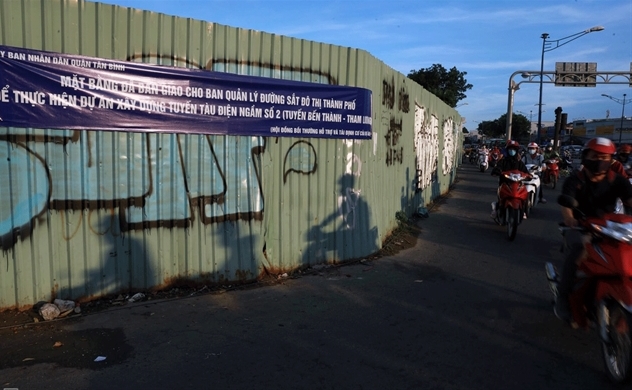 Motorbike drivers pass by an area where a station of the Ho Chi Minh City Metro Line 2 is planned to be constructed in Tan Binh District, Ho Chi Minh City. Photo by VnExpress/Huu khoa.

Vietnam has decided to cancel a $390-million loan from the Asian Development Bank meant to fund the second metro line in Ho Chi Minh City.

The government has been reviewing, restructuring and canceling loans it think are not needed from foreign countries and multilateral organizations.

It has now tasked Ho Chi Minh City with mobilizing funding for the project.

The Ben Thanh – Tham Luong line will run 11 kilometers from Districts 1 to 12, 9.2 km underground, and have 10 stations.

It is expected to serve 140,000 passengers a day on average.