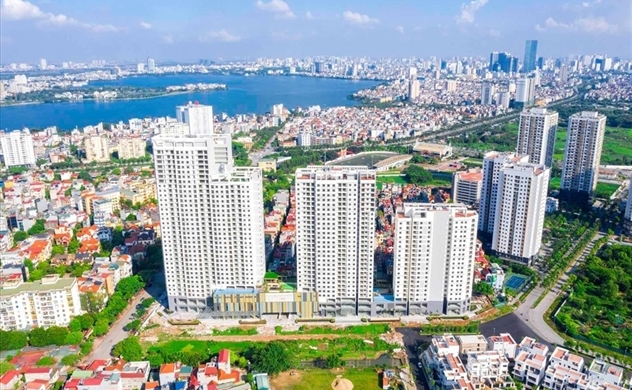 Foreign investors pledged to pour over $2.8 billion in real estate sector in the first four months this year, accounting for 30.3 percent of the total foreign direct investment inflows.

With the above figure, the sector retained its position as the second biggest magnet for foreign direct investment after manufacturing and processing ($6.2 billion).

The number of newly-established enterprises in the real estate sector saw a year-on-year increase of 47.2 percent in the reviewed period while 845 real estate firms resumed operations, up 92 percent against the same period last year, reported the Ministry of Planning and Investment.

Singapore was the largest investor in Viet Nam with more than $3.1 billion, making up 28.8 percent of the total capital inflows. The Republic of Korea and Denmark ranked second and third with $1.82 billion and $1.32 billion, respectively.

The total realized foreign direct investment capital was estimated at $5.92 billion, up 7.6 percent on year.