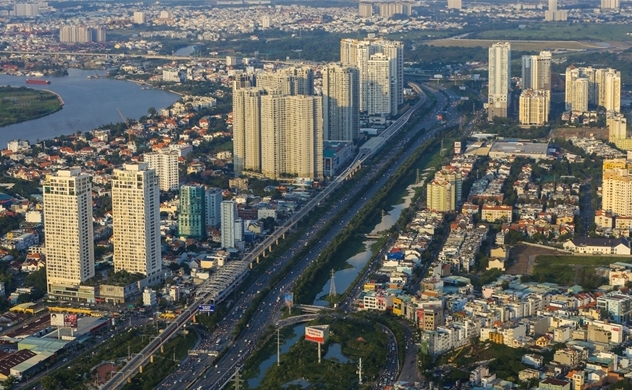 Property companies listed on the Hanoi Stock Exchange reported a 79.4 percent year-on-year fall in profits in the first half due to the Covid-19 outbreak.

The losses reported in the sector rose 341 percent to VND121.3 billion.

The real estate sector saw the largest fall among 11 sectors on the bourse, followed by agriculture, forestry and seafood at 46.9 percent and mining, oil and gas at 12.6 percent.

Some 64.5 percent of companies in the commerce, hospitality and catering sectors reported lower profits in the period as the pandemic forced hotels and restaurants to close.

With seven out of 11 sectors reporting lower profits, the cumulative profits of companies listed on the exchange fell 2.8 year-on-year to VND10.67 trillion ($460 million).

Seventy four companies, or 22 percent of companies that have published their financial statements, posted losses. The combined losses rose by a third to over VND700 billion.