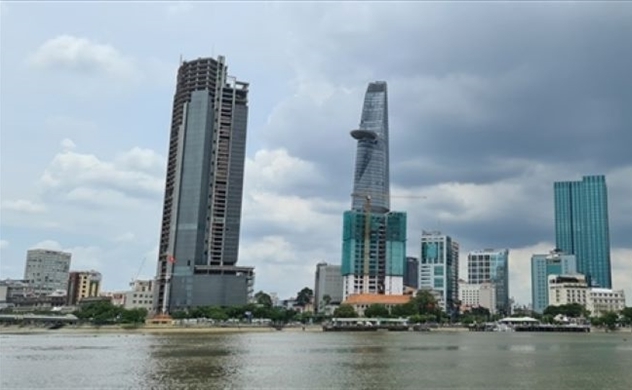 The M&A outlook for 2022 is bright as Vietnam is an increasingly attractive destination for international businesses.

Real estate mergers and acquisitions (M&A) are expected to be a good source of FDI in Vietnam this year, said Savills, and forecasting M&A activity is likely to increase in terms of frequency and value.

The M&A outlook for 2022 is bright as Vietnam is an increasingly attractive destination for international businesses, said Lan, adding that as borders reopened on 15 March and travellers from 13 countries are now allowed to enter the country without a visa, M&A deals are likely to increase along with other real estate investments.

“The reason for this is that investors can now travel to properties and conduct market research, understand business models, or evaluate the potential of sites,” she said.

According to FocusEconomics, Vietnam has one of the fastest-growing economies in the APAC region and will have the fastest growing economy in the region in 2022, and the momentum is expected to continue into 2023.

Việt Nam is connecting to the region not only by a growing road system but also by international seaports, airports, and land borders. The Ministry of Planning and Investment has announced plans to launch the most extensive socio-economic development and recovery plan with more than VND100 trillion dedicated to infrastructure development.

Real estate experts think it will increase the potential satellite provinces have to attract FDI enterprises. The improved transport links will allow FDI enterprises to expand further from established hubs like Hanoi and HCM City.

In terms of supporting policies, the Government aimed to curb the impact of the pandemic and offered support such as facilitating the circulation of goods, debt restructuring, and tax extensions and exemptions during the pandemic, together with supportive economic policies, a successful national vaccination campaign, which have helped the country gain investors’ hearts, said Lan.

“In 2022, we have seen encouraging M&A activities. Of industries receiving investment, real estate ranked second and has received nearly $1.52 billion, or 30.4 per cent of total registered FDI. These investments demonstrate that foreign investors remain bullish on developing real estate projects in Vietnam,” she said.

Lan considered the inconsistencies between laws could result in wasted time and money despite institutional reforms over the last few years.

The expert pointed out that when doing business in Vietnam, most foreign enterprises entered joint ventures. The foreign enterprise held the main decision-making power and the Vietnamese investors provided legal support. However, negotiations may be time-consuming due to the differences in business practices and legal structures.

As M&A was still a relatively new concept in Vietnam, many businesses, especially small and medium-sized enterprises, were not prepared for the processes involved, said Lan, adding that projects may struggle to attract investment.

"With our own experience of entering the Vietnamese market and aiding international clients, Savills understands the needs and concerns of FDI companies. Besides short-term profits, we aim to create long-term value in M&A deals.”