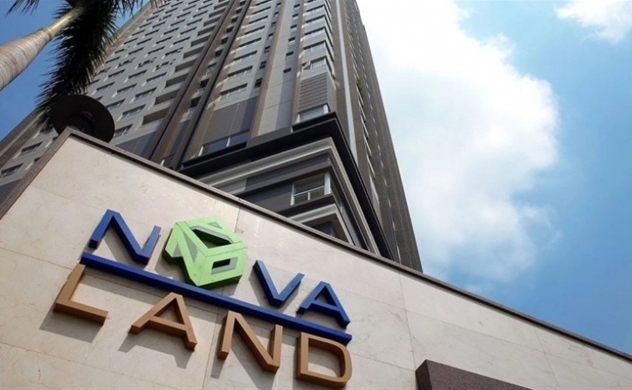 Real estate developer Novaland has asked the Ministry of Construction for help in resuming work on a stalled 32-hectare project in Saigon.

The Binh Khanh Residential Area project is being developed by the 21st Century International Development Co. Ltd., a Novaland affiliate. It is one of those projects in the Thu Thiem new urban area that have suffered long delays caused by HCMC's lengthy review process, resulting in increased construction and investment costs.

Nhon has requested that the ministry allows Novaland to resume implementing the project as it has already been two years since it was suspended due to procedural issues.

Currently, work on the first phase of the project has been finished with the completion of over 506 resettlement apartments and technical infrastructure for the whole area.

The project is part of a deal between the developer and Thu Thiem authorities for the latter to buy the resettlement apartments. However, due to the city's budgetary constraints, it was agreed that only the first phase of the project would be completed, and that the land resource for the second phase would instead be used as payment for the first phase.

Compensation payment and site clearance for the project's entire area have been completed, and HCMC authorities have agreed to let Novaland implement the second phase as commercial apartments.

According to Novaland, the group and its foreign partners have invested about VND6 trillion ($258 million) in this project.

Nhon said in the letter that Novaland would comply with all of the government's decisions.

Deputy Minister of Construction Bui Van Sinh told VnExpress that his ministry had received Novaland's letter and forwarded it to the ministry's Real Estate Market and Housing Management Agency.

For its part, agency director Nguyen Trong Ninh said the letter only includes Novaland's side of the story, so they would have to consult with local authorities before taking steps to resolve the issue.

Ninh also said that this was one of many issues that the agency has to deal with each day, and as of now, it cannot be prioritized or considered an exception.

Novaland’s case is just one of hundreds of real estate projects in HCMC that have been beset by legal issues.

The association said that between October 2015 and the end of 2018, 126 projects using mixed-land funds (including residential, agricultural land and public land, for instance) were stuck in construction investment procedures.

Additionally, 158 housing projects involving public were put on hold pending scrutiny or investigations. In 2019, 124 out of the 158 projects were allowed to resume, but uncertainties over several issues have prevented resumption, the petition said.

"Scrutiny is necessary for a more transparent and sustainable market. But the city’s housing supply has been dropping sharply and at an alarming level," it noted.

According to the association, just one commercial housing project with confirmed land use rights received in-principle investment approval in HCMC last year, down 92 percent year-on-year.

"2019 is the second consecutive year when the real estate market and enterprises wrestled with many difficulties and challenges."

While projects using mixed-land funds are proceeding smoothly in other provinces, their peers in HCMC are struggling with legal issues. In HCMC, some projects are approved but others with similar features are not, for unclear reasons, causing concerns over fairness, HoREA wrote.

Housing prices rose 15-20 percent in 2019 against the previous year, with that of one District 9 project going up by as much as 39 percent. With the supply side "frozen", almost all real estate companies saw their revenue and profit plunge and some incurred losses and faced bankruptcy risks, the association added.

HoREA chairman Le Hoang Chau said HCMC authorities have said they would meet with the association and real estate companies next week to find solutions to existing barriers.