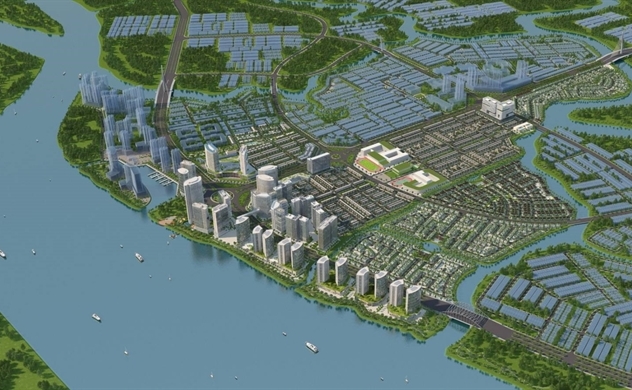 The Izumi City, which locates in a real estate ecosystem with adequate service utilities, health care, schools, is expected to launch the first products by the end of third quarter this year.

After the deal, Nam Long's ownership rate in the company that operates the 170-hectare project increased to 65.1%. Its strategic partner Hankyu Hanshin Properties Corp holds 34.9%.

Thus, Nam Long will work with its Japanese partner Hankyu Hanshin Properties Corp to develop the Izumi City project, which has an estimated total investment capital of VND18,600 billion ($814 million). The project is expected to help Nam Long to secure its long-term development strategy over the next five or 10 years.

“We highly evaluate the economic development of Dong Nai and Nam Long’s development strategy as well. We have been in cooperation with Nam Long in five projects over the past 5 years, so we decided to join hand in developing Izumi City”, he added.

The Izumi City project is expected to contribute to Nam Long’s goal to become Vietnam’s leading integrated urban area developer in the next 3-5 years.

“Nam Long is proud to work with prestigious strategic partners that are international corporations. With 100 years of experience, Hankyu Hanshin is one of the leading corporations in Japan. Cooperating with the firm, we can only strengthen our internal financial strength, but learn from them in developing and operating large-scale projects, stated Mr. Tran Xuan Ngoc, General Director of Nam Long Group.

Besides cooperation in land bank development and housing development, Nam Long plans to work with the Japanese partner in core businesses of the group including commercial real estate, services, retail, hotels, he added.

This area near the project has several large industrial parks such as Bien Hoa 1 and 2, Amata, Long Binh, Tam Phuoc, Long Thanh, where tens of thousands of experts and workers work and live.

Once the construction of these new urban projects is completed, there will be Vietnam’s most prosperous and classy urban complex. All of activities such as cultural festivals, entertainment, trade, exhibitions, sports will be organised in this area.